And Then We Saw Land 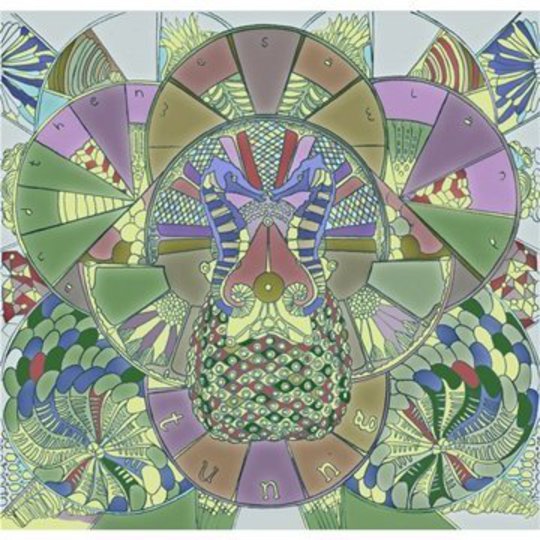 While the phrase 'folktronica' doesn't seem to send a shudder of revulsion down the spines of discerning music fans in the way that, say 'nu-rave' does, it is still the cause of much cynical eye-rolling. In the case of Tunng this tag is most frequently referred to as an albatross around their collective necks. Perhaps it's the implication that the artist in question thinks they're pushing the envelope by crossing the two genres that inspires such scepticism a good seven years on from the release of what is considered to be the definitive folktronica album, Four Tet's Rounds.

Casting any such aspersions on Tunng would be unfair; having formed in 2003 their debut (and most folktronic) album Mother's Daughter and Other Songs was originally released in 2005, just two years after Mr Hedben's canonical release. Over the course of their two subsequent albums they have produced a much more cohesive sound encompassing a wider range of influences which has variably flirted with pop as their line-up swelled from the founding duo of Sam Genders and Mike Lindsay to a semi-permanent five piece.

...And Then We Saw Land sees Tunng further expand their distinctive take on alternative pop and all the folk/electronic/indie flourishes that encompasses, while there has been further change in personnel with the permanent exit of Genders (who was rarely involved in the band's live set-up), the recruitment of lyric contributor Ben Bicksworth and, most significantly, a much more prominent vocal role for Becky Jacobs. Her pretty pipes lend a gentle assurance to each song and her increased vocal presence, even on the tracks where she doesn't take centre stage, shows her to be an perfect duet partner for Mike Lindsay. With her increased prominence it's easy to see the two becoming a modern day Richard and Linda Thompson, with Lindsay's less agile vocals still exuding a comforting warmth with a distinctly English flavour.

However, vocals aside much of ...And Then We Saw Land still retains a bucolic air while expanding Tunng's sonic template. The fingerpicked guitar and hushed vocals of 'With Whiskey' are typically Tunng in their folk inclinations, with the accompaniment of primitive synth strings actually sounding impressively organic, whereas previously glitchy beats had sounded incongruously modern. The synth-pop influence, which is alluded to directly in the A-Ha referencing chorus, rears it head again on a number of tracks including the intro of lead single 'Hustle'; waves of warmth synth strings and high piano notes give way to more ostensibly folk instrumentation including banjo, but ultimately the song is a pleasant piece of shuffling indie-pop fluff. 'It Breaks' tumbles by on brittle percussion and tribal toms, but its most breathtaking moment is when the song breaks down and its recurrent brass refrain is drenched in glacial synths straight from M83's Dead Cities, Red Seas & Lost Ghosts. It's a startling complimentary pairing. Arguably Tunng are being retrogressive in their adoption of early synth pop sounds, but for the most part it fits them very well and ultimately there's little difference in co-opting traditional folk instrumentation and Eighties electronic music; it's all raiding the past and it has made for some of Tunng's most cohesive music to date.

Tunng have gotten expansive in terms of the scale of their music as well as the range of influences from which they draw inspiration. 'The Roadside' is richly layered with arpeggios of what could be either muted guitar or synth or both, humming backing vocals, fuzzy bass, chugging guitar and glockenspiel providing bracing textural variety, with the layers being stripped away to reveal other musical details. The unforced momentum of the song makes it easy to surrender to Beck Jacobs charming sensuality when she sings about wading "naked into the water". Mike Lindsay takes the lead for the first section of album closer 'Weekend Away' which is Tunng at their most "folktronic", before Jacobs joins him as a chorus swells around dramatic cascading piano. The real clincher however is the intimacy Lindsay and Jacobs retain in the expansive surroundings.

However, this leads to the album's main weakness; while the breadth on display is impressive and the songwriting chops undoubted, there are too few moments that have the intimacy or emotional resonance that is evident on the album closer. The more straight-forward folk songs like the stripped-down 'October' and the almost acapella 'These Winds' are evocative without being affecting, where as the almost entirely synthetic instrumental 'By Dusk They Were in the City' sounds like nothing more than a piece of studio fun. Nonetheless, ...And Then We Saw Land is a satisfying addition to the Tunng canon and is one which proves them distinctive enough in their own right that the only label they need be tagged with is simply that of 'Tunng'.