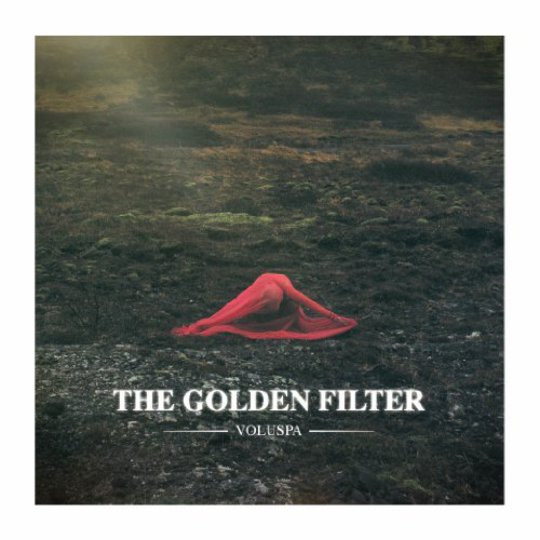 The Golden Filter have maintained an air of mystery since first causing a few ripples on the 'blogosphere' (if the combined form of music blogs is indeed a spherical one) with their singles 'Solid Gold' and 'Thunderbird' and raft of well received remixes for the likes of Peter, Bjorn and John, Cut Copy and Little Boots. Interviews with the duo have seen them be vague about everything from influences to the actual likelihood of them releasing a full length record. This cryptic approach to the press, combined with the relative scarcity of original material, has resulted in the event of their releasing an album being greeted with a mild degree of intrigue rather than heightened anticipation and has drawn comparisons with other mysterious boy-girl (or in less patronising terms man-woman) electro-duos such as The Knife and YACHT.

Voluspa reveals the Aussie-American partnership of vocalist Penelope Trappes and knob-twiddler Stephen Hindman to be an altogether more straightforward affair. They have neither the darkly androgynous mystique of The Knife nor the conceptual pretensions of YACHT, but that isn't to say Volupsa is by any means a broad affair. Here, The Golden Filter demonstrate a reluctance to be an out-and-out dancefloor fillers, in the main preferring tempos and timbres that pulsate just shy of banging for Trappes to coos seductively over. On several tracks this works a treat, particularly the aforementioned single 'Solid Gold'; the most forceful track on offer, the solid thwack of a beat and throbbing Moroder-esque synth bass are perfect foil for Trappes to breathily wax lyrical about all that glitters ("Follow the golden fox through the golden door, take the golden key, put down the golden heart/ Through the golden filter, see the golden light"). Of a similar dynamism is other previous single and closing track 'Thunderbird'. Although bass guitar provides a slightly rawer textural edge amidst all the glitz, the real revelation is how effortlessly the chorus soars on a crest of euphoric synth strings and Trappes' breathy repetition of the track title. It's a glorious climax to the record.

The Golden Filter also prove themselves capable of genuinely affecting atmospheric pop. 'The Underdogs' has familiar elements of arpeggiated synths and metronomic beats, but the melodramatic tom rolls and sentimental synth melodies of the chorus have the irresistibly nostalgic just-short-of-Eighties-pastiche charm of M83's Saturdays=Youth, with Trappes' honey-dipped vocals also recalling Saint Etienne's Sarah Cracknell. 'Nerida's Gone' stands out a mile from any other song on the album, the disco beats and wonky synthlines all but absent and in their place plangent piano and a mournful string section. Both songs are possessed of a celestial quality and show how evocative The Golden Filter can be when they step boldly away from their softly-pulsating disco-pop template.

Unfortunately, these are examples of The Golden Filter at their extremes and with few exceptions the rest of the album slips by in a uninteresting haze. Restraint is more often than not an admirable quality, but The Golden Filter practice it too strictly with much of the album sitting in an unengaging middle ground; too repetitive and bare boned to enjoy for pure aural delights and too mid-paced and airy for the dancefloor. There are moments which break with the template successfully such as the creaky staccato violin on opener 'Dance Around the Fire', particularly its presence amidst the pounding frenzy that precedes the ethereal glide of the final chorus. The tribal beats that buffet the early Human League-esque analog synths of 'Hide Me' are also a delight. However, these are the exceptions. While tracks like 'Look Me In the Eye', 'Frejya's Ghost' and 'Stardust' aren't offensively bad in the retrogressive manner that so much electro-pop can be, they just feel like insubstantial fluff.

In the age in which the album format is supposedly dying on its arse it almost feels a shame to criticise an album which succeeds is maintaining a sense of cohesion throughout. However, when this consistency is maintained at the expense of maintaining the listener's interest you feel more than justified in skipping your way to the fleeting, but always exhilarating, thrills of the Golden Filter's early singles.