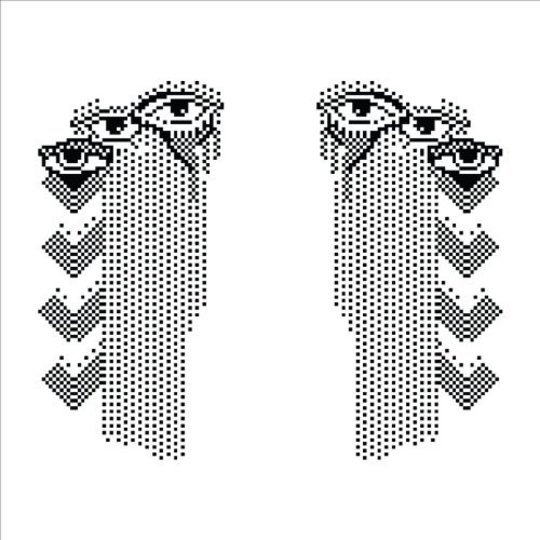 Taking a well-deserved victory lap after conquering both sides of the Atlantic with their second full-length album, Bear In Heaven lend out the keys to Daddy’s sportscar for a followup of remixes, plainly titled Beast Rest Forth Mouth Remixed. It’s always a leap of faith to hand over your creation to the care of other artists, but the impact of the original was sufficient to ensure that the Brooklyn-based synth trio had their pick of the litter. Among the selections are Swedish techno celeb The Field, Justin K. Broadrick of the dense and sometimes difficult shoecore outfit Jesu, yet another Swedish act, Studio, along with a handful of some of the buzziest bands the States has to offer. Not bad company for a band whose interviews sometimes read like the internal monologue of a rock‘n’roll Harvey Pekar. As bandmember Adam Wills reports, '….there are a lot of panic attacks. We aren’t 21- we have lives, wives, apartments to pay for…' Wills can rest easy on this one, as ten artists in ten tracks take Beast Rest Forth Mouth for a spin, and return it before midnight without a scratch.

Home is where the heart is - sure enough, Bear In Heaven spotted some of the choicest tracks to their fellow Yanks. ‘Wholehearted Mess’, ‘Lovesick Teenagers’, and ‘Fake Out' went to Philadelphia’s Pink Skull, Brooklyn’s Twin Shadow and BRAHMS, respectively (Sweden’s Studio did manage to score the über-cool ‘You Do You’ while The Field take 'Ultimate Satisfaction’). The most memorable tracks, however, don’t always make for the most awe-inspiring remixes. If it’s not broke, why would you fix it? Twin Shadow mostly doesn’t, simply repeating the most enervating lyric in the song (“lovesick teenagers don’t ever die/they will live forever…") and minimally juicing out the structure with a few standard techno devices: the 'fade', the 'build', the 'extended percussion', etc. On the other hand, BRAHMS goes to town on ‘Fake Out’, transforming the somewhat slow and sludgy original into a uptempo dance number. One surprise of the album is the Deru remix of ‘Deafening Love’ that managed to amp up the original, which was already oozing with dark arts ambiance. Perry Farrell-style mantric crooning, chanting, and relentless marchstep percussion over siren-song synths: where do you go from there? Deru gets post-apocalyptic with drawn out chainsaw style effects and vocals that double, triple, quadruple the choral intensity of the original.

When you start with a good album, the urge to remix is most responsibly met with the question: why? But when you’ve got a great album, the response changes to: why not? There’s nothing that the remixers could have done with their assignments to discredit Beast Rest Forth Mouth. As it stands, the artists managed to soup up and extend the highest highs without becoming trite. A remix album will never be as good as the original, but when the quality is this good you take what you can get.