Sparrow and the Workshop 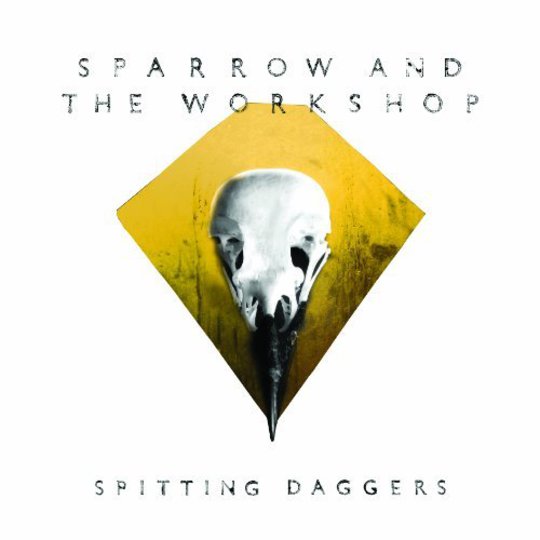 The return of Sparrow and the Workshop is upon us. Commendably, considering we reside in the age of bands who regularly take gap years, any temptation for an extended break digging wells in Borneo for Unicef after the release of their excellent debut album Crystals Fall has been ignored. Good news. Young bands are like sharks, when they stop moving they die. Or at the very least they go nowhere.

Sparrow and the Workshop, the Glasgow based bite-size version of the Foreign Legion, have neglected to throw the baby out with any bathwater. They have resisted even acknowledging the baby, instead wisely letting it fester in whatever dirty water they concocted first time around. The traits that made them so enchanting are still here. Lead singer Jill O’Sullivan’s vocals are as alluring as ever, if not more so. Nick Packer is still conjuring up dirty guitar lines that duel with the folk elements of the group. And drummer Gregor Donaldson again mysteriously grabs your attention, despite not showing off or impersonating Animal from the Muppets. Most importantly when he duets with O’Sullivan it is still special enough to make your spine tingle.

They have built on these existing foundations with the qualities that you’d expect from a band who spent the best part of 2010 on the road. The performances are tight enough to make it feel like a live album. A pet peeve with SATW was that they were at times audibly indebted to the past. This is less evident on Spitting Daggers. The trio sound more assured, comfortable within their self-made mould.

‘Our Lady Of The Potatoes’ is fantastic. To be perfectly honest, the title alone would garner some affection from me. Based on a novel about Louis XV’s 14-year-old Irish mistress, it is the initial stand out track. ‘Faded Glory’ and ‘Against the Grain’ feel a little bit like Pixies tracks that were inexplicably left on the cutting room floor by Mr Black, while lead single ‘Snakes In The Grass’ has been residing in my head for over a week now.

On every listen you detect something new within the album that had gone unnoticed previously. It clearly is the product of great care and attention. Successfully showcasing a talented band routinely, and easily, veering from eerie folksy lullabies into grubby rock songs. The only negative thing that I can say about the record is that at ten songs, it is over too quickly. You are left pining for future instalments.