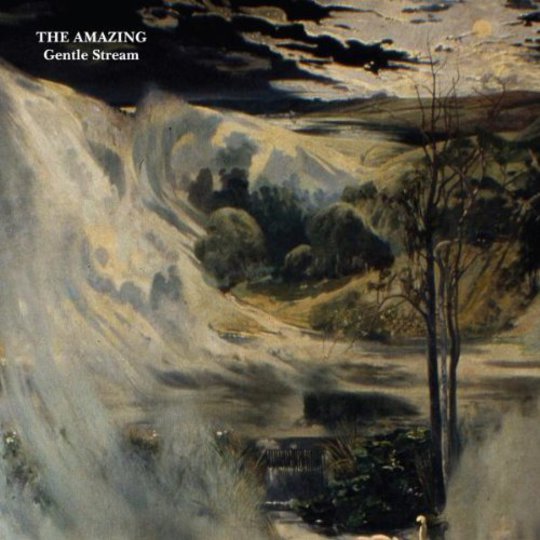 Gentle Stream is the kind of album that's going to help you get through the winter. As the weather turns colder, there’s an undeniable comfort to be had in immersing yourself in an album that wants to be nothing other than what it is: a luscious, long and hazy dip back into summery warmth. But be warned – The Amazing’s summer memories seem to stretch back a good few decades. This young bunch of Swedes – including Dungen's Reine Fiske and Johan Holmegaard – make music that sounds like the Sixties never ended. But they can be forgiven for being derivative as hell, because they also happen to be great.

First song ‘Gentle Stream’ immediately drops you into the mellowest of worlds. It's cosmic folk rock at its most blissfully soothing, and as it rolls on, it becomes clear that The Amazing are the kind of band that haven't got it in them to make a song under four minutes. Like all woozy rockers with a penchant for prog, they’ve got all time in the world. In other bands' hands, such lassitude would become self-indulgent, but The Amazing have a secret weapon: an almost lullaby-perfect sense of melody that makes pretty much every song on Gentle Stream original and interesting.

It takes some work to both embody and differentiate yourself from your references when you're such a through-and-through revivalist band, but these guys pull it off. There are echoes of CSNY, Yes and Jethro Tull everywhere, balancing against a soft, pretty Nick Drake feeling that’s just as tangible. Second song ‘Flashlight’ is full of just this kind of acoustic, lilting melancholy, and in The Amazing's hands, it stretches out into a generous, gorgeous folk jam. It must be said, though, that it’s one of several songs here that momentarily hovers on the brink of collapsing into something bland or fey, but somehow there's enough muscularity to keep things together. And while singer Christoffer Gunrup's vocals often sound like little more than a hoarse whisper, they still manage to be quietly arresting.

With prog moodiness and pastoral folkiness both hanging heavily over The Amazing, it's the more psychedelic edges that twirl around the songs, dragging them into tangled and weird territory, that makes Gentle Stream occasionally exceptional. Whether you agree with this, though, would depend on how much of a stomach you have for this stuff in the first place – if it sounds like your cup of tea, you won't be disappointed. Don't expect Dungen, though; this isn't anywhere near as wild as that, but it's still excellent. That's not to say it's perfect; the final three tracks go decidedly off the boil, lacking the catchy dreaminess of their predecessors. First single 'Gone' is an odd choice as it's nowhere near the best song here, but I guess I can see why it was picked – it shows off The Amazing’s range, balancing gentler and heavier sounds, building up into a great chorus followed by the obligatory few minutes of enjoyably jangly, go-nowhere percussive noodling.

The overplayed riff of the album’s most dour outing, ‘Dogs,’ doesn't quite work either, though again, it's rescued by a go-nuts crescendo, when the band gets a little more Dungen, a little more out of control, and spiral round in happy psych vortices. Closer ‘When the Colours Change,’ is the only real disappointment; its lacklustre melody quickly becomes pallid and whiny; it’s by far the album's dullest trip. But it's a small blip on an album that's otherwise sailing confidently in the direction of warmer shores – perfect for any restless, drifting dreamers who are stuck somewhere a little too cold right now.