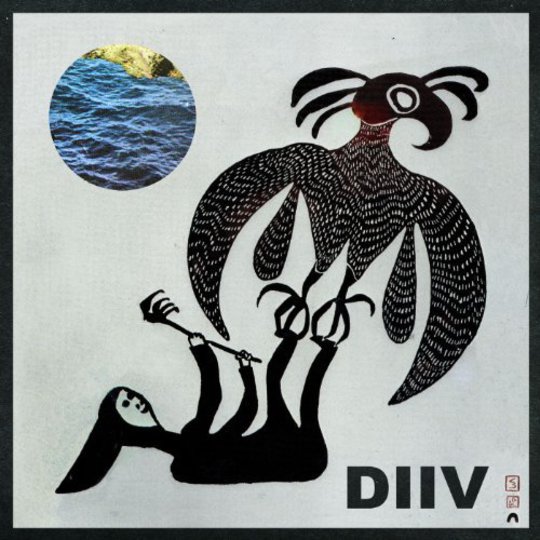 There’s a reason they call it ‘dream-pop’, you know. On occasions such as these, the art of reason is at play, underneath the marketing plans, the unit-shifting and the click-diversions. It’s dreamy, you see (yuh-huh) – its essence frustratingly tethered just out of reach, songs barely distinct from each other that play out like a montage. Just out of reach, too fluid to grasp.

Formerly known as Dive, at the hub of Diiv is Z. Cole Smith, a Brooklyn-dweller, an alchemist, a dream-catcher. The opening chord progressions of the debut track on Oshin (entitled ‘(Druun)’) are familiar, padded with a sense of comfort and assurance. As with all the best dreams, of course, the sensation doesn’t last. Two minutes later and the guitars have ebbed away, with all their remember-when-Creation Records-released-decent-music charm. If there’s one thing that Smith has nailed, it’s the knowledge that less is more; there are few opportunities to over-indulge in the songs on Oshin. You can wallow in them, briefly, but they don’t stay with you. They have some other place to be.

You could tell me almost anything about this album. You could tell me it had no vocals, you could tell me there’s a 20 second rave track half-way though. You could tell me it’s the same four songs on repeat and I’ve been a fool to dedicate so much listening time to it. I would struggle to argue. It comes on in waves, it leaves on a gentle breeze. You can pay all the attention in the world but it simply doesn’t lodge in the brain. It affects you whilst it’s there, combines strength with the sun’s rays for vitamin-fuelled feel-good non-synthetic euphoria. But then it leaves. And no one’s any the wiser.

Certain tracks return with a sense of familiarity on repeated listens. ‘How Long Have You Known’ has the advantage of having permeated the public consciousness via other means; ‘Wait’ is notable for being so heavily imbued with ‘eau de Captured Tracks’, sounding for the most part like a caffeinated version of label mates, Blouse. ‘Follow’ is blessed with mood-lifting vocals, layered and harmonised, smothered in mystery. After a while, you begin to crave peaks and troughs; being hinged on the cusp of euphoria for 40 minutes isn’t always as satisfying as it might sound; you crave drama, or at the very least some kind of conclusion or closure.