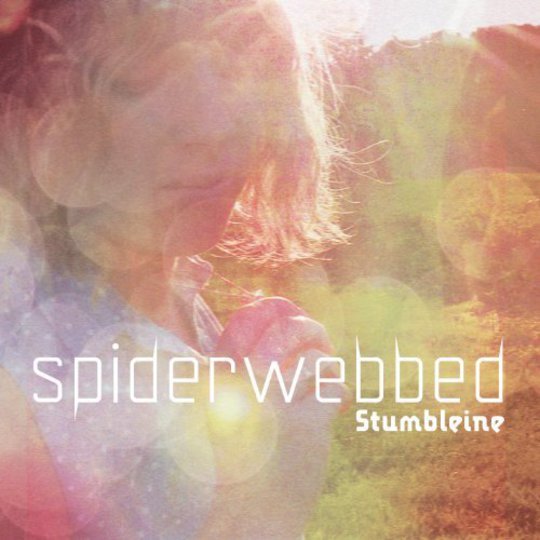 As Audrey Horne might ask, 'Isn’t this dreamy?' As one third of the dubstep trio Swarms, Stumbleine is the first solo venture for the anonymous Bristol producer and is a big leap away from his usual urban sound tracks, being rather a series of golden-hour lit vignettes. Taking his name from a Smashing Pumpkins’ b-side, Stumbleine's Spiderwebbed is also a glorious indie-fication and gentle warming of dub and 2-step’s colder production values.

From the opening of ‘Cherry Blossom’, expectations are set high, a soft series of percussive shakes set at mid-tempo whilst edited vocals gently stammer melodically. The beeps and clunks of 2-step are retuned into something resigned and glowing.

‘If You’ follows and perfectly merges C86 jangle with shoegaze and dubstep. The sound is fantastic, large and engulfing. Plucked violins dominate and could be the backing for El Perro Del Mar, whilst guitars are either strummed with a gentle distortion and the closeness of a Tascam four track or drone with the Eastern promise of My Bloody Valentine’s golden guitars. The track has a sense of completeness, a perfect loop, that can be left on repeat and not tire.

‘Solar Flare’ is an excellent composition and a huge deconstruction of Nineties r&b. The drums have the spacing and cropped closeness of a J-Lo song, they’re big and bold, but the edges are smoothed out. When the handclap snares come in the whole thing takes off. In this song the vocal edits tremble, the sped up refrains are both soulful and distant. A low end vocal melody underpins the higher, looser refrains that reverberate as the whole track builds with a glacial pace. Keyboard riffs are peppered throughout the striped back moments when the drums take a brief rest, only to thump back in. This has the swagger of an Usher tune without the insistent dance production, a rock steady dance beat dialled back, left to resonate and chime.

There’s a fairly straight cover of Mazzy Star's ‘Fade Into You’ - sumptuous enough, while also being the only non-essential track on the album. It does provide a welcome departure, predominantly in stepping away from the album’s rhythmic feel by retaining Mazzy Star’s strummed acoustic pacing - a far busier rhythm than anywhere on the rest of this album. This version doesn’t quite wash as blissfully as the original through, which managed such an opening up into the chorus with a simple change onto a ride symbol, for all of Stumbleine’s added twinkles.

‘Kaleidoscope’ is founded upon an immense bass keyboard line and a harder 2-step beat that mingles with snare rim shots. They’re threaded in such away as to sound unintimidating, the crunch lost under big sound pads, electronic strings that are placed far into the distance, evoking a dawn. It’s comedown music, and it’s huge and welcoming.

This album has so much and asks very little. It doesn’t ask you to focus on it and is perfectly happy to wash under you as a background as unobtrusive as any ditty Eric Satie playfully composed. Play it loud or pipe it through headphones and it becomes perfect head music, this time taking you with it. It’s a journey borne of a love of different styles; the rhythms and drum sounds that have dominated and evolved over the last 25 years with the romance of the guitar composers who preceded this development. Spiderwebbed is dreamy, it’s beautiful and it’s one of 2012’s finest debut albums without question.