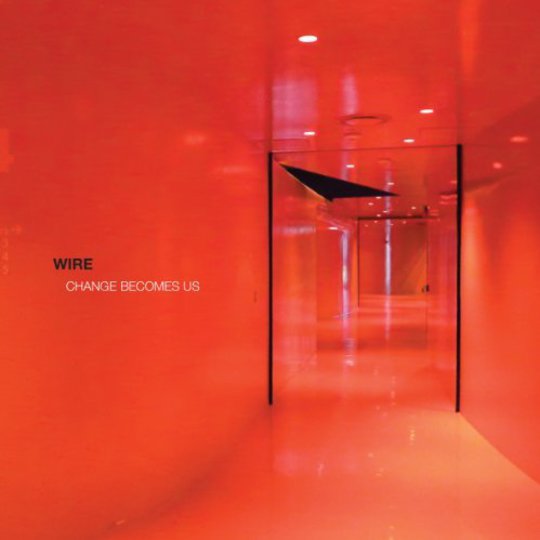 Anyone who has seen Wire live will notice that they aren’t ones to ‘play the hits’, if ‘hits’ can be used as a term to describe the band’s frenetic, menacing post-punk; they are a band who have consistently pushed themselves forwards, moving beyond punk in the midst of its first wave, making music described as ‘barely listenable’ by 1981 and showing little regard for their own previous styles or incarnations. It is surprising then that their new record, Change Becomes Us, sees the band take a particular interest in their early years. And, considering the utter brilliance of their early output, this can only be a good thing.

A project that began as a re-appraisal of early material from the late Seventies, Change Becomes Us features an array of unreleased and previously unrecorded tracks which featured in Wire’s live sets throughout that time - the ferocity with which they played during the era now mellowed into a more introverted style in parts and unleashed expertly in others. The songs are for the most part excellent, with a few tracks genuinely worthy of inclusion on their incendiary debut releases Pink Flag, Chairs Missing and 154; in several cases it's a wonder why this wasn’t attempted earlier.

Wire have been called ‘the quintessential art band’, and this is made apparent from the off. The tracks immediately ooze a detached artiness, particularly the vocals, which combine cryptic lyrics and metallic vocal effects with rather unsettling, sci-fi results. Similarly, the guitars have a uniformly morbid outlook; those who enjoy downstrokes and minor keys need look no further for satisfaction/depression.

And Wire do depressing, aloof, detached and metallic like no other (sorry, PiL). The tracks ‘Doubles and Trebles’ and ‘Adore Your Island’ are particularly melancholic, combining spiky guitars and long build-ups to create a lingering and vivid claustrophobia. Elsewhere, the industrial stomp of ‘Eels Sang’ and ‘Stealth Of A Stork’ show Wire’s earliest punk roots through their short, furious precision whilst things also take a vaguely prog turn at various points (‘Love Bends’, ‘B/W Silenced’).

Despite many excellent tunes, a continual emphasis on effects makes the album slightly grating in parts, feeling a bit like a Wire and Frampton Come Alive! recurring super group nightmare, in which the best and worst aspects of Seventies rock music are forced to combine to beat the Russians. This lessens with time. What doesn’t lessen is a feeling that if some of these songs were recorded after their 1979 record 154, instead of the overly difficult Document and Eyewitness LP, whilst creativity was at its height, there may have been a fourth classic Wire album.