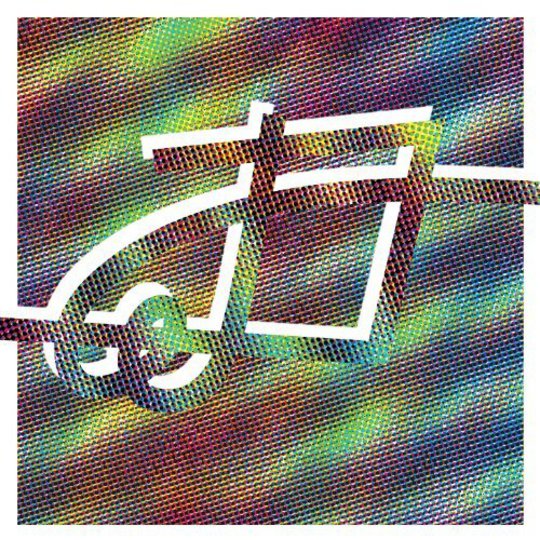 'Alt' R'n'B has boomed lately, with Frank Ocean, the Weeknd, and Justin Timberlake, amongst others, establishing themselves as cross-over successes, as beloved by traditionally indie kids as pop and R'n'B fans alike. With electronic trends increasingly coming to invade all other genres, from the now-ever present pop 'drops' to the invasively popular house synth stabs, it’s perhaps unsurprising that R'n'B too is having something of a renaissance. Of course, it also fits with the continued mining of the Nineties for inspiration that has been dominant in music for the last few years.

Despite all this corroborative trend-analysis though, it remains an surprising change of direction for Dungeonesse, a duo with unquestionably indie credentials. John Ehrens (White Life, Art Department) layers loops and synthetic beats under Jenn Wasner’s (Wye Oak, Flock of Dimes) Mariah-imitating vocals, and the pair leave behind past broodings in favour of bubbling, shiny Nineties-referencing pop.

Had you never previously heard any R'n'B or pop from the Nineties, Wasner and Ehrens’ debut covers a hell of a lot of it, with slow jams, saccharine pop, daytime disco and funky hip-hop all making appearances. Opener ‘Shucks’ provides an instant showcase for the duo’s talents, as Wasner flaunts studied R'n'B vocals, not so far from Mariah’s ‘Fantasy’ take, whilst Ehrens creates a brilliantly disorientating headphone experience, as shimmering synths seesaw from left to right. Light and loved-up, it still retains a little funkiness - but it’s a mere taste of what’s still to come. The disco gloves are really off by ‘Private Party’, as a fat, rolling beat bounces underneath bubblegum pop synths; a natural companion to the what will inevitably be this summer’s omnipresent tune, the all-out disco strut of ‘Get Lucky’.

Elsewhere, another crucial element of Nineties R'n'B is represented, with two featured rappers repping hip-hop’s influence on the scene. ‘This Could Be Home’ sees Wasner joined by Florida’s singing-rapping TT The Artist on a slice of day-time disco, her bubbling hip-hop contrasting with Wasner’s noodling, sighing vocals. Even more fun is ‘Cadillac’, easily the album’s stand-out track. All of Dungeonesse’s best components come together fantastically, as a tropical synths chime over a funk beat, layered over with rich, looping vocals (again, think Mariah or Aaliyah). Baltimore’s DDm provides some pumped pop-rap verses, with production worthy of Will Smith’s early rap records. Forget straight outta Compton - this is straight outta 1997. Goofy and playful, it is the least contrived of the album’s tracks – less a calculated homage than a playful riff on the R'n'B theme.

For all its glitz and shine, Dungeonesse feels slightly disingenuous – a rather contrived leap onto the 'summer of disco' bandwagon. Though they are quick to proclaim their love for Nineties artists who have so clearly inspired them, you can’t help but think that this was more of an academic exercise than a labour of love. Dungeonesse's press release sights their admiration of 'the mechanics of what makes a hit song', and that’s just what this is. A little mechanical, a little bit R'n'B by numbers. That said, there’s no way you’ll care about any of that when it blasts out in a club or a car any time it’s over 20°C... or when you’ve recently read one of those 'You Know You’re A 90s Kid When...' lists.

Carnivals of the Grotesque: Nick Cave on Dig, L...