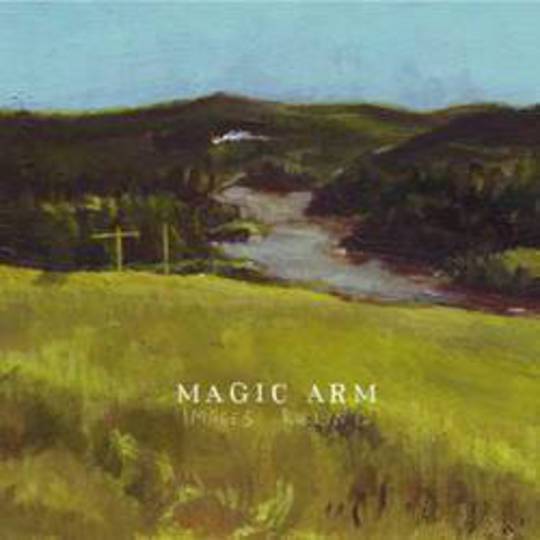 Ask your general man on the street what the ‘Manchester Sound’ is, and it’s fairly likely that he’ll come up with something woefully out of date – a simian stroll through lad-rock’s back streets, all mouth and no melodies. Anyone who looks closer at the city or has lived within the borders of Greater Manchester for any amount of time will tell you, if there’s one constant sound that’s been present over the past 20 years or so, it’s that of quietly unassuming men welding hefty melodies onto the side of gently experimental songs. It’s the sound that Jim Noir, Alfie and Polytechnic attempted to bottle, that Badly Drawn Boy held firmly in his grasp for a while, and is now settled in the mind of Marc Rigelsford, who is also known as Magic Arm.

Magic Arm’s first album, 2009’s Make Lists, Do Something, garnered a healthy dose of praise, celebrity fans and even soundtracked a couple of TV moments, but failed to live up to the promise of its singles over the full stretch of an album. Here on the follow up, Images Rolling, Rigelsford seems to have found more consistency and room to manoeuvre, allowing his creations to stretch into the space they deserve.

Perhaps it’s the prominence of the piano on this album, which naturally lends itself to a more ponderous mood, allowing Magic Arm to fill the extra space with some sumptuous melodious. One of the best examples of this is 'Great Life', which starts out as a lo-fi scuffle before breaking into beautiful string-laden territory, full of the ache and melancholy that Grizzly Bear do so well.

The single which opens the album, ‘Put Your Collar Up’, is probably the most instantly gratifying thing that Rigelsford has put to tape, its propulsive rhythm, giant stride of a chorus and Seventies brass-and-strings-breakdown seemingly pulled direct from Gruff Rhys’ personal stash.

Elsewhere, ‘Is History’ adds a psychedelic tinge to proceedings - ghostly harmonies gathering round stabs of organ and a stomping beat - while ‘Warning Sign’ achieves the rare feat of sounding like a Sigur Ros song but also having a discernible melody, warm brass and spaced-out keyboards adding a wonderfully blissful air. That it also sounds noticeably like the aforementioned Jim Noir is also worth a mention.

Noir was a great white hope for Manchester a few years ago, soundtracking a whole summer after a couple of his tracks featured on World Cup TV adverts. However, he’s never really made the step up to wider public consciousness, a fate that seems to befall many of those bearded types practicing this particular strand of Manchester music.

That’s a fate that you hope won’t also befall the man known as Magic Arm, but his gentle vocals and laid-back pace can occasionally allow a track or two to slip by without garnering much attention. However, Images Rolling is a definite step up in consistency compared to his debut, and will be well-suited as a soundtrack to the famous Manchester sunshine, whenever it remembers to make an appearance.