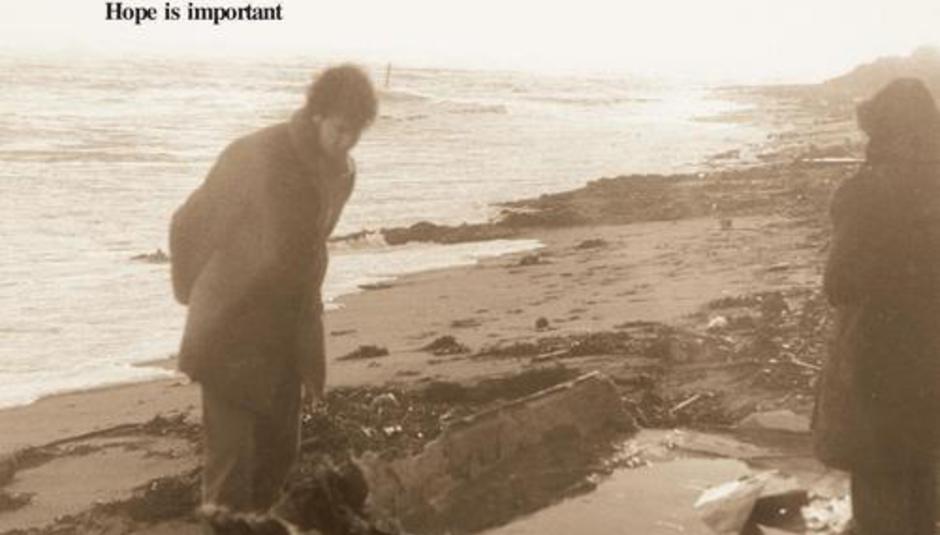 Idlewild are one of those bands that many of us grew up with, and as 2008 draws to a close the Scottish rockers are giving fans a chance to relive their youth by perfoming all the albums, in full plus associated B sides, just before Christmas (full details below) at a series of special shows in Glasgow.

To celebrate the occasion, DiS asked singer Roddy Woomble for a track-by-track retrospective on their first full album, 1998's Hope Is Important.

"Half of the songs were written throughout 1997 and around the same times as those that appear on Captain, the other half (including most of the singles) were written between tours in the first months of 1998, when we'd been branded as the 'next big thing' by much of the UK music press, and had given up university/employment to concentrate on touring etc. It was a time of adjustment to the (frankly gruelling) touring life around the toilet circuit in a van, and of meeting expectation from audiences at every venue. It's an incomplete album as it's the sound of a band split between their past and future and with barely any studio experience to document it properly. For that reason it did (and still does) exude a naïve rawness. It was recorded in batches, firstly in Chapel studios in rural Lincolnshire, and latterly in Pearse Street Studios in Dublin." "And that was it. The record went into the charts at #53 and sold a respectable 60,000 odd copies in its first year, helped by the single 'When I Argue I See Shapes' charting at #19. The album found a small cult following in Japan and America, and we continued to grow in reputation as a live band, playing bigger venues around the UK. Ultimately, it's a messy explanation of what we were at the time, though I look back on it all fondly, the way one might recall a memorable holiday taken as a teenager. But it's what came after that I'm proud of the most..."

Idlewild play a series of shows performing all their albums in full, plus associated B sides, at King Tut's Wah Wah Hut in Glasgow next month:

Roddy Woomble is currently touring the UK as part of John McCusker's Under One Sky project.

Reformation of the Year? DiS meets Yo...