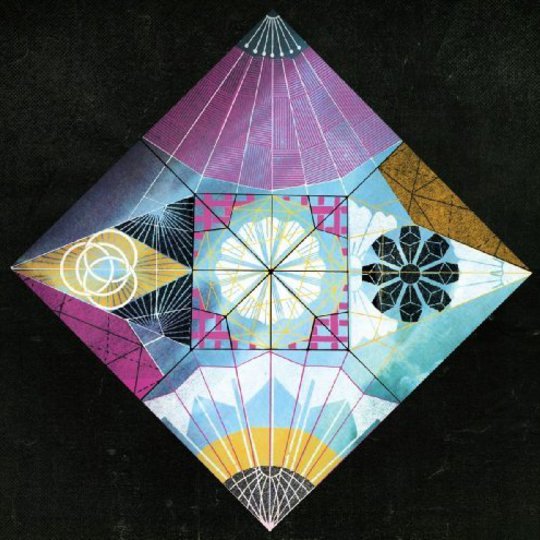 Warp & Weft marks Laura Veirs' return to original songwriting after the release of Tumble Bee - an album of children's song covers - and Hello I Must Be Going - a delightfully instrumental movie soundtrack. Her 2009 release July Flame solidified her as a modern folk darling; executing gorgeous tales inspired by nature, love and loss in an effortless and old-timey fashion. This latest release sees her returning to her rockier, Saltbreakers era, enlisting the help of a full band, broader production and an overall bigger sound.

We've already had a taster for the past few weeks with single 'Sun Song' - a gorgeously graceful opener that starts with delicate pickings and gentle harmonies before swelling to a country-tinge number full of slide guitar and instantly infectious horse-hoof like beats. It's great to hear Laura back on electric and 'Sun Song' is the perfect way to ease back into things - not too in-your-face yet not too careful and catchy enough to entice you to listen to the rest of the album.

Sadly, 'America' kind of lets things down a little. It's bogstandard pop-country, and with Laura's previous songwriting form, it's sad to see her going down such a route. Sure, the song is catchy enough and the synths bring a refreshing touch to a usual guitar-laden Veirs, but it's the unimaginative lyrics that distract from the production and melody. With the prospect of an electronic Veirs, it's a little disappointing that she doesn't seem to be really going for it just yet.

'Finister Saw the Angels' is by no means a rip-roaring affair but its ear-caressing loveliness of old-timey slides and whispered vocals make this a song of patchwork blanket proportions - covering you up in her familiar folky sounds, handing you a cocoa and allowing you to slip into what Laura does best.

The album continues with its low-key approach, as 'Dorothy of the Island' showcases Laura's ability to turn a dark subject of motherless children into a really rather beautiful tune. Her token harmonies are there, along with familiar strums and dream-like execution and it's here that the electric aspect really adds to the wealth. A pick here and a tweak there turns an almost dangerously safe song into a beautiful mirage of layered instrumentation.

Most experimental song 'Say Darlin' Say' is based upon repetitive, easy electronic whacks of her guitar teamed with layered pickings - it sounds as though this is Laura and her band just jamming it out but it has such a fun, unabashed aesthetic to it, that you can't help but be transported to their hometime; the train sounds at the end of the song is also a really lovely touch. The early R.E.M. sounding 'That Alice' could easily be the best track on the entire album - providing a simple, pop-fuelled approach that proves Laura can write a catchy tune just as good as the rest of them.

Warp & Weft is a welcome return from Veirs and proves the chemistry between her and her producer husband Tucket Martine. The instrumentation, songwriting and melody-making effortlessly comes together thanks to the clever layering and lovingly crafted placement of each and every sound. Warp & Weft may not be a huge leap forward, but what's wrong with sticking to what you know when it sounds this good?