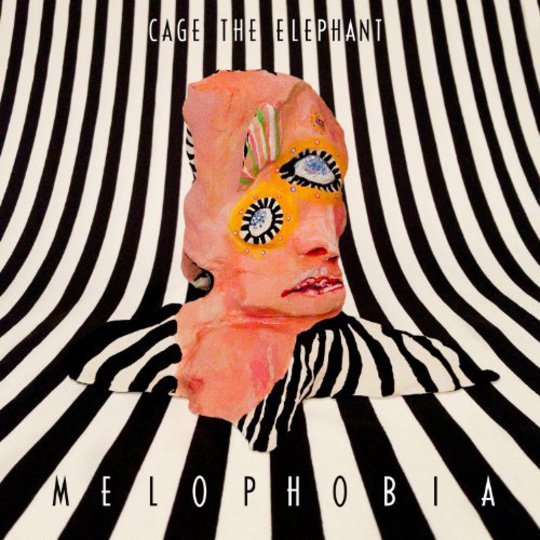 What do ‘Losing My Religion’, ‘Twist and Shout’, ‘Mr Brightside’, and a million other hits have in common? Undeniable, irresistible choruses – a great chorus is the essence of great pop. Catchy doesn’t guarantee quality (see: ‘Moves Like Jagger’) and there’s no need for perfect songs to be chorus-led or even hummable (see also: Kid A). But we can all agree that a sky-high chorus, inclosing a hook big enough for all the gods to hang their coats on, works wonders.

Cage the Elephant don’t think so. Melophobia means ‘fear of music’ – but it might as well have been called chorophobia. Stepping away from their grungy, alt-blues sound into wider experimentation, their third album is crippled by generic choruses and forgettable riffs.

Gone is the grunge-glitch of Thankyou Happy Birthday and the Southern swagger of their debut, with many tracks sporting gentler instrumentation and Matthew Schultz reining in his trademark howling. And in this pop-rock incarnation, Cage the Elephant could use the kind of choruses that ‘Ain’t No Rest For The Wicked’ and ‘In One Ear’ did so well. Single ‘Come A Little Closer’ is a fair representation of Melophobia’s flaws –a Babyshambles-style bassline and hushed vocals potter along pleasantly enough, but soon a chord step kicks in and a basic 'anthemic' chorus hamstrings it entirely. A by-the-numbers knockoff, it might get some airplay, but no-one is ever going to lose their voice screaming it. Similarly, ‘Halo’ starts like an American ‘Fluorescent Adolescent’, but thanks to a banal chorus quickly descends to a depressingly Fratellis/Pigeon Detectives standard.

‘Teeth’, easily the record’s best track, brings a hurricane of feedback, thrash, and distorted vocals. Here, at last, they are recognisably the band who crowdsurfed clear out a Reading tent. Cocksure, Schultz demands “Are you into the beat?!” as Black Lips-worthy guitars churn. A stuttered, bum-note outro and “Aw, shut up and dance”; more like this, and I might have done.

A further nail in the coffin is Melophobia’s terminal struggle for depth; in Schultz’s words, “super inner-reflective songs”. This striving for profundity too often results in immature, faux-meaningful lyrics, typified on ‘Telescope’ - “Time is like a leaf in the wind / Either it’s time well-spent or time I’ve wasted / Don’t waste it” – if ‘Adam’s Song’ moved you to tears, you’ll love this. Alison Mosshart clocks in for the stripped backed White Stripes fuzz-n-thump on ‘It’s Just Forever’, as does a rare hook (yippee!). It’s stolen from the Strokes’ ‘Juicebox’ though, so does it still count? Mosshart’s vocals chime well with Schultz’s, but again the lyrics are dismal (“ Maybe we can die together, laying side by side / Even in the afterlife, girl you’ll still be mine”).

It’s a confused effort, with the songwriting faults, misguided lyrics, and the foolish sidelining of Cage the Elephant's greatest weapon (Schultz’s voice) torpedoing the vast majority of tracks. Next time, scrap the cod-philosophy and concentrate on the tunes.

Future Of The Left

How to Stop Your Brain in an Accident