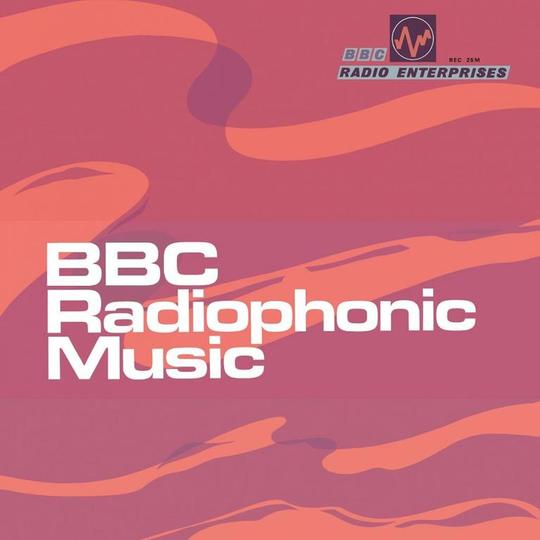 The BBC Radiophonic Workshop was an internal music department created in 1958 to score shows and compose incidental radio music. It attracted a vast range of young musical experimenters in its initial decade and consequently soundtracked a generation. These vinyl rereleases are at times little more than a collection of interludes, ideas and jingles but there is much to enjoy.

Throughout BBC Radiophonic Music, it is the output of Delia Debryshire (most famous for the production work that led to the Doctor Who theme) that has stood the test of time most; in fact, most of it could have been recorded this year. 'Door to Door' is made up almost solely of door bells, 'Ziwzih Ziwzih 0-0-0' feels like it was made by some mischievous aliens. 'Pot au Feu' refuses to commit to a genre - incessant and experimental - whereas 'Blue Veils and Golden Sands' feels like a gradual, abrasive premonition. 'Air' is a beautiful take on a well loved classic but it's 'The Delian Mode' that stands out the most - it is terrifying, like a sinister being moving (almost) silently through a house full of eerily resonating objects. I walked through a park listening to it and the experience shit me right up.

Her colleague John Baker's style is more rhythmic, fun and eclectic; 'The Chase' is a frantic but slapstick pursuit, 'Radio Nottingham' becomes hummable within 10 seconds, 'Frogs Wooing' has a bassline Young Marble Giants wouldn't turn down and 'Christmas Commercial' is played on old cash tills, presumably an early dig at modern festive consumerism. At times styles are swapped and Baker does electronic, Derbyshire tuneful - but you can tell where their strengths lie.

David Cain's work is more fleetingly represented but 'War of the Worlds' uses distorted screams for the piercing high notes, 'Artbeat' plays with time signatures gleefully whilst 'Autumn and Winter' could be a Tudor dance reinvented for the twentieth century.

The Radiophonic Workshop release has dated more, uses a wider team (John Baker is present here too) but is still an interesting listen. 'Geraldine' (Limb) starts like a long lost Broadcast track, 'Bath Time' (Clarke) is a charming song crafted around electronic piano and samples whilst 'The World of science' / 'The Panel Beaters' (both Kingsland) encompass everything about the era that gets pastiched nowadays but remain colossal fun. There are several ambient songs also lurking that defy their age, in particular 'Adagio' (Mills) and the ethereal 'Nénuphar' (Jones / Clarke) but none quite match up to Derbyshire's recordings.

As historical documents of the birth of electronic music, these are fascinating insights. Just don't expect any choruses.

Live at the Cellar Door