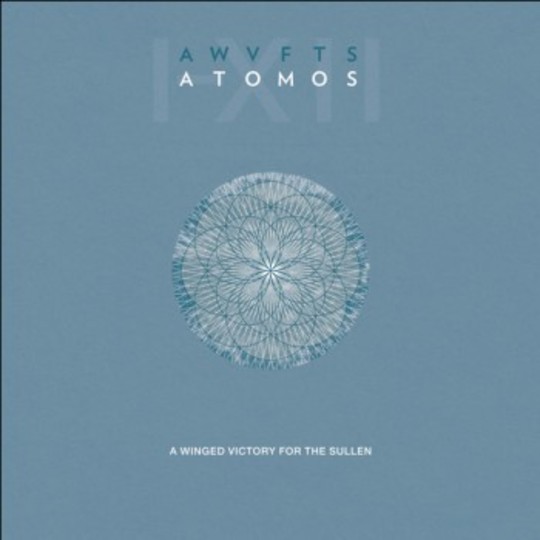 Years ago now I reviewed A Winged Victory for the Sullen’s masterful, droning, ambient-orchestral debut for this site. One interesting thing to note about that record—aside from the fact that it made me come over all gooey and start using words like 'celestial' —is that, like Atomos, it came out in the autumn. I’m not sure that you could put Adam Wiltzie and Dustin O’Halloran’s music out at any other time of year, really. I mean you could. But I’m not sure it’d make as much sense. Something about this music is almost begging to soundtrack that night-time nip in the air and those burnt orange streetlights.

Atomos, then, is broadly speaking ‘business as usual’ for A Winged Victory for the Sullen (although I almost hesitate to say how similar Atomos is to the duo’s earlier outing – their sound was so well defined and genuinely unique from the first swing that it’s hard to have any effective yardstick for change). Regardless – strings, piano, and droning ambience are still the order of the day, and for all intents and purposes, the rules of the game remain the same: if you are the type of person who likes their music exclusively rigid, beat-driven and quantised, then I can see very well how A Winged Victory for the Sullen might just sound to you like Ludovico Einaudi accompanied by a lightsaber in desperate need of a fresh pair of Duracells. But then this music isn’t really for you. (Perhaps you’re better off with that there new Tom York record that came out via Bitcoin last week?)


For everybody else, a bit of background: Atomos was commissioned by choreographer Wayne McGregor, who is in, it would seem, absolutely every experimentally inclined, ambient-leaning soundtracker’s phonebook (see also: FAR with Ben Frost, Sum and Infra with Max Richter, Dyad 1909 with Ólafur Arnalds, Entity with Jon Hopkins. The man has a cracking taste in music. Evidently he’s even done a couple of videos with John York.) That’s a fairly fundamental shift underlying this record: the Wiltzie-O’Halloran partnership has gone from being one that makes music for music’s sake, to one that makes music with an end purpose, music to become as visual as it is audible, music to be moved to. That certainly seems to have necessitated some slightly different emphases: the peaks and troughs of their music are more defined and dramatic, the duo are less hesitant to forefront elements of pulse and rhythm, even unafraid to be a bit scatty at times (one section dissolves into a haze of frazzled radio voiceovers and static bursts).

Other than that, I think it’s the case that what the duo did so well on their self-titled debut is exactly what’s done so well on Atomos. That thing is to conjure up a certain sentiment that’s constantly, but never uncomfortably, ambiguous – never conceding to being either one thing or the other, full of both sorrow and hope, both grounded and floaty. Admittedly, there are some moments that rise up out of the mist, not least a beautiful apotheosis moment early on in the work’s 62-minute duration where the strings really open up and the whole thing moves skyward (reprised as a kind of pulsing, Reich-ian, synth odyssey a little later on). But largely, the tone remains one that is uniquely the duo’s own – one that morphs into something new just as you’re about to place your finger on it.

If you’re wondering why I’ve not named specific tracks, it’s because Atomos, especially given its dance (i.e. performance-based) origins, falls very much into the category of ‘records that are supposed to be considered as a whole’, and Wiltzie and O’Halloran have done a bloody good job at making sure you know it. For one thing, those tracks are simply and non-descriptively numbered 'I' through 'XII'. (Apart from 'IV', which is inexplicably absent. I even asked about 'IV', such is my journalistic integrity, but—and yes, I’ve always wanted to be able to say this about a third party—Erased Tapes declined to comment. So there you have it. It’s a mystery.) The total run-time (62:30) is emblazoned on the back of the CD sleeve. Bits of music are reprised and revived variously throughout its duration. Atomos is a suite, rather than a compilation.

Despite their new compositional brief, A Winged Victory for the Sullen’s music is still, at its core, just a beautiful example of orchestral ambient music, in the most Eno-est sense of the word: music that you simply join and leave, not music that starts and stops. It’s as elegant and grandiose and soothing and enveloping as it ever was, and it’s come at just the right time – we’ll soon find ourselves commuting through the dark and the bitter cold again, but at least we can soundtrack it with Atomos. 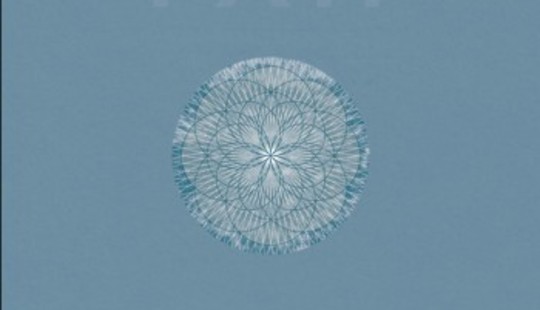