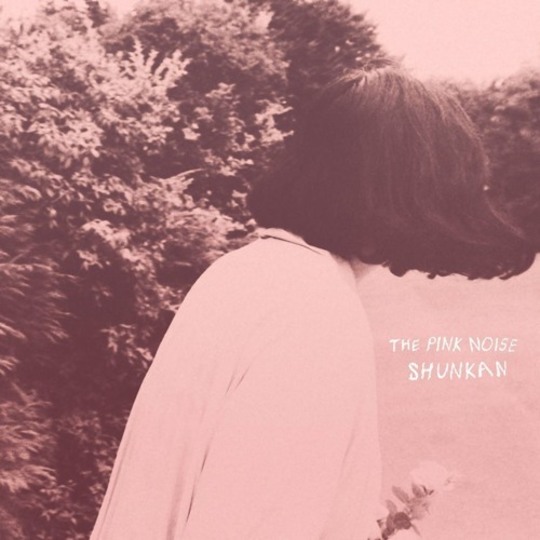 The first proper Shunkan EP release Honey, Milk and Blood was something of a DIY cult hit. Selling out both of its short runs pretty quickly, it was a strong first taster from the project of LA singer Marina Sakimoto. While it gave the impression that we had an exciting artist on our hands, equally there was a feeling that there was a lot more to come from her.

On The Pink Noise, it’s instantly clear that Shunkan has absolutely no intention of fucking about. It’s a wonderful example of an album erupting into life, building on the logic Sleater-Kinney apparently applied on Dig Me Out by starting with its strongest three songs. Growing from ‘Garden’s edgy riffing, into the catchy head-rush of ‘Our Names’ before erupting into the riotous fuzz-bomb of ‘Peter’ the trio of songs which begin the LP account for ten of the most exhilarating minutes of music of the year.

So explosive is the album’s opening, in fact, that initially you feel a little flat when you realise that the breakneck pace doesn’t continue throughout. Instead, The Pink Noise ebbs and flows, with periods of tumultuous noise followed by relatively lengthy spells of consideration, before things burst back into glorious grungy flames for the last two and a half songs. There’s something a little disorienting about the pacing of the record, with its extended period of downtime after the halfway mark. Ultimately, it comes off pretty playful though, like Shunkan is purposely leading us down a meandering path because she’s confident the songs are good enough to hold our attention (which they are). The downward gear shifts certainly make for a more three dimensional record too. Sure, the massive noisy shout-alongs are great, but the album would be all the weaker without the dreamy shredding which culminates ‘Blue’ or the deliberate bounce of ‘Paleontologist’.

While it’s been recorded as a band project, it’s Sakimoto who dominates The Pink Noise. Her vocal is wonderful, and is every bit as versatile as the songs themselves. At one point she’s breezing along with sunny languor on ‘Holdin’ To Your Breath’, while by the end of ‘Anything But Love’ she’s lamenting “I think it’s so messed up” with pure and absolute desperation.

All in all, The Pink Noise is a record which is brimming with life. It displays its humanity in the way its attention wanders from time to time, but there’s so much joy to be had here that this is entirely forgivable. In a similar way to how it felt after Honey, Milk and Blood, it kind of feels like there’s a lot more to come from Shunkan, like it might take her a few albums to really hit her stride. If this is true, then we’re in for a pretty awesome few years in her company.

Listen to Formation, Look for the Signs