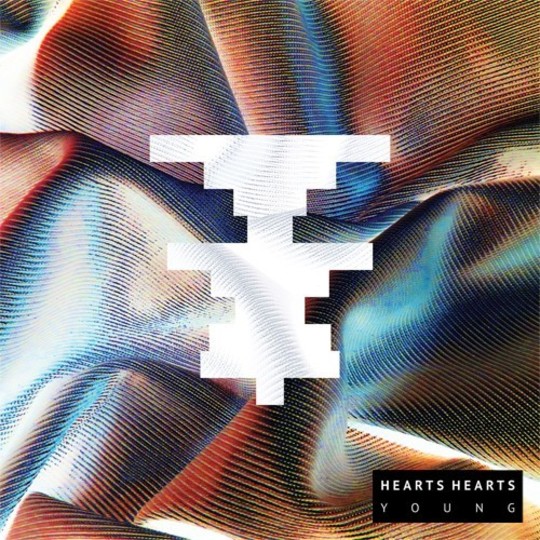 From the British side of the English Channel, Austria’s contribution to twenty-first-century indie is damn near undetectable. Most of us would be hard pressed to cite much further beyond Falco and his buddy Mozart when it comes to any century, so the emergence of a band as innately radio friendly and artistically fully-formed as Viennese quartet Hearts Hearts is extremely welcome, and comes as more than a pleasant surprise. This writer moved from England to the Austrian capital at the end of last year, and can happily report back on the city’s very healthy music scene. Vienna’s home to a slew of contemporary bands pedalling highly intelligent indie rock, such as Mile Me Deaf, Sex Jams, and Bilderbuch, but Hearts Hearts manage to stand apart from a busy crowd, blending bountiful meticulous synthetic sonic strands into some damned heartfelt songwriting. While shopping around for label to put out their debut, the group caught the eye of Tom Steinle, who felt inspired enough to have them reignite his Köln-based Tomlab label. Previously home to releases by the likes to Thee Oh Sees, The Mountain Goats, and Owen Pallett, the label had been dormant since about 2012. Quite the seal of approval.

The quartet’s origins actually lie a couple hundred kilometres west of Vienna in the state of Upper Austria closer to the German border. Starting out as something of a singer-songwriter project for members Daniel Hämmerle and David Österle, the music purportedly grew into something more complex as time went on, and years of rehearsal, drafting, and redrafting have lead to the ten crystalline songs (all sung in English it’s worth noting) on their debut Young. The influence of twenty-first-century Radiohead is undeniable, but so’s the shuffling syncopated electronics of the post-FlyLo landscape, along with the icy sparse atmospheres of Sigur Rós, or the blue-eyed-neo-soul of The xx. Central to the band’s success is the stirring vocal work of Österle and Hämmerle. He owns the same angelic whisper as Thom Yorke circa Amnesiac or The Eraser, and ably leaps into some low-key vocal fireworks at several points on the record, slyly breaking his voice while circling the central tune of opener ‘The World Was My Oyster’, and pushing outwards into expanding walls of reverb at the end of key phrases – a trick replicated throughout the record. Österle’s lyrics also consistently match his fragile delivery: “I never take the side road/ I’m riding on the high street /Afraid to go astray /Too few gains in this high risk play”.

Behind the lyrics, the several years’ worth of work the quartet have put into the record - plus essential contributions from collaborator and cellist Christina Ruf - really show in the meticulous and mature arrangements. Input from electronics whizz Peter Paul Aufreiter integrates additional textures and layers beyond the pre-requisite keys, drums, guitars, and strings, such as the tinkling of beautifully messy bell samples at the head of ‘AAA’, or the whirring and shuddering glitch pad atmospheres lining the innards of the vaguely Brian Wilson-esque paranoid hymn ‘Potemkinsche Dörfer’. Similarly drummer Johannes Mandorfer wields his sticks, skins, and drum triggers in a mottled wash of rhythms ranging from unraveled drum machine beats reminiscent of Autechre’s teenage years to more straightforward rocking out, plus some far more alien rhythms as on the woodblock-esque tinkerings on closer ‘If’.

Each of Young’s ten tracks is worth pausing over, but a handful stick out as high watermarks in the drama. ‘Hunter Limits’ towards the end of the record is something a bit more epic for the record’s third act, including a gorgeous set of guitar lines from Daniel Hämmerle sparring against Christina Ruf’s cello lines. The swell of this chorus, and the way in which the song navigates its way through soulful synthetic indie to spiralling near-post-rock histrionics is definitely one of the album’s finest moments. The title track’s bed of analogue hi-hats, simmering electro beats, and arpeggiated digital notes builds to a chest tugging climax too, and ‘I Am In’ could practically pass for a Massive Attack outtake circa-Mezzanine, full of beautiful dark space, snappy rim shots, and woozy guitar harmonics.

While there’s no short supply of indie projects striking up a compelling balance between crystalline digital production possibilities and good old songwriting, there’s a huge vacant space for the sheer quality of a band like Hearts Hearts. The atmospheres and melodies they craft are haunting enough to linger beyond the boundaries of the album’s running time, and the tricky nocturnal emotions of the songs leave plenty to dig into and re-examine with each listen. Certainly one of the most arresting debuts in recent years.