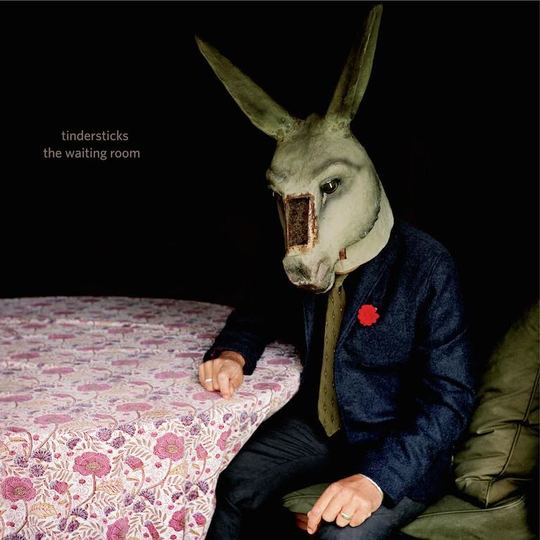 It’s baffling when people call Nottingham’s Tindersticks an 'indie rock band', especially 25 years into their career. Play The Waiting Room to anyone and several words will present themselves: 'jazz' is probably one of the first things you’ll say. There’s modern jazz all over this record, the subtle, laid back horn-spirals and quiet build-and-release of ‘Help Yourself’ can’t be described as anything else. Another word is 'subtle'. Rarely a band to raise their voices, now at their tenth album Stuart Staples’ gang are subtlety itself, ‘We Were Once Lovers’ manages the only acceptable use of slap-bass in musical history by creating a groove which is hugely effective but completely unobtrusive. Slap bass should never be tasteful, yet here it is. Being unobtrusive doesn’t mean being boring, either. ‘Second Chance Man’s understated Muscle-Shoals soul is emotive and engaging, while on ‘We Are Dreams’ quiet percussion draws you under a dark duvet and wraps you in a sort of elegant menace. In fact it’s only on the closing ‘Like Lovers Can’ that you start to feel the band’s coffee-ring pallet is finally becoming a little one-note, at which point they sensibly end the record.

There’s other words that float into your mind too: 'heartbroken' is one of them. Staples spends The Waiting Room with regret hanging off him like a winter coat, reaching its apex on ‘Hey Lucinda’, a duet with mexican singer Lhasa de Sela (”I only dance to remember how dancing used to feel””) made all the sadder, and more remarkable, by the fact that de Sela died in 2010. You wonder how Staples got through his final line, ”our time is running out”, without falling into an ocean of tears, yet he sings it with a smartness and a resignation that is more complex and richer than the grief porn this could have been in lesser hands.

There are not so much problems as imperfections here. Staples is rather too fond of slightly muffling his voice in a way that occasionally makes you think your speakers are distorting (I checked, they weren’t. It’s worse on headphones.) presumably to give some distance between his more nakedly emotional moments and the listener. It’s an interesting idea, but in reality it can be hit-and-miss, occasionally sounding more like a cheap record player than such a warm, immersive album deserves. The instrumental pieces are pretty, but don’t add a great deal, especially the meandering keyboard ditty that comprises ‘Planting Holes’. All that said, imperfections define personality and The Waiting Room wears its flaws well. Don’t let them put you off. This is a rich, warm, comfort blanket of a record, marbled with veins of darkness and light, and while Wikipedia might still define Tindersticks as an 'indie-rock band from Nottingham' 25 years on their reality is more beautifully complex.

I Like It When You Sleep, for You Are So Beautiful Yet So Unaware of It