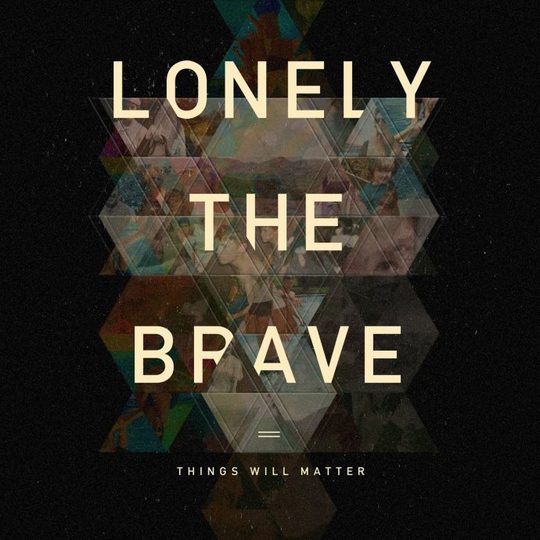 To many, Lonely the Brave's debut album The Day’s War heralded the arrival of a group of beyond musically proficient guys from Cambridge, capable of proffering a blend of an almost innumerable musical styles - a blossoming get-thee-behind-me-satanic-genre-labelers crusade. And to the band's real devotees, the album wholly transcended music, humanity, and possibly even Thom Yorke.

And on the follow up, Things Will Matter, there are numerous moments where Lonely the Brave stupefy with their undeniably vast musical sensibilities, almost to a depressing degree, when one realises that it's unlikely to result in actual stardom now that the meek multi-hair-dyed and multi-horrendous pop princesses of the world have long ago inherited the Earth.

As with the debut, Things Will Matter is rooted in an artistic sense that doesn’t just tinker with slight dashes of disparate styles, but fully plunge in. The album commences with the melodic, dirgey 'Wait In The Car', which in combination with David Jakes’ mournful vocals is reminiscent of Kurt Cobain’s MTV Unplugged performance, and the band strikes an early triumph.

Following that immediate captivation is 'Black Mire', a raucous 180 degree shift in tone but definitely not in quality. Its sonic blood brother, 'What If You Fall In' is another instantaneous blast of vehement vocals and vociferous by Jakes’ dexterous backup players. Although the band most is often slotted into a somewhat messy 'stadium rock' tag, the fusion of pulsating instrumentals and Jakes’ domineering wailing, periodic ebbs of cooled melodies and the gravitational flow of the climactic last moments make Lonely the Brave a genre all their own. 'Diamonds Days' is another of the band’s foremost comixtures.

Occasionally what seemingly starts out as another enticing adventure morphs in a chaotic misadventure. 'Play Dead' features immediately arresting composition, but at some point Jakes’ vocals outstay their welcome , causing a swift switch from excitation to boredom. Jakes’ vocals often seem a bit try hard ('Rattlesnakes'), and somewhat spoil the four men providing the buttressing instrumentation.

But Jakes and the band have so much inherent chemistry the flaws almost don't matter: the likes of 'Diamond Days' and 'Jaws of Hell' temporarily make the little misfires an afterthought.

The Dream is Over