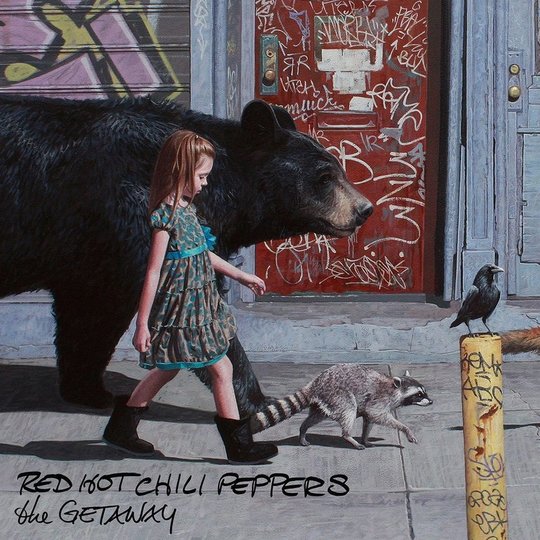 'I'm forever near a stereo saying, "What the fuck is this garbage?" And the answer is always The Red Hot Chili Peppers…'

…is the Nick Cave quote always used by hipsters to bash the veteran California funksters.

But as with many pronouncements of the chief Bad Seed, there’s perhaps a higher truth within a terse soundbite: There was a point in the early-to-mid-Noughties when RHCP did in fact seem to constitute about 50 per cent of what was played on the radio, with 1999’s Californication, 2002’s By the Way and 2006’s Stadium Arcadium providing a veritable conveyor belt of hits that repeatedly smacked into the commercial sweet spot somewhere between easy listening and alt rock: Beach Boys-cribbing tunes with blaring Rick Rubin production, the vestigial cred of the band's grunge-era first flush of success scrubbed into a cosy, mum-friendly cartoonishness.

As much as anything else, it wasn’t so much the intrinsic awfulness of any given song that saw the band’s general status shift from ‘loveably erratic douchebags (if you ignore the heroin and sexual battery)’ to ‘the slap bass Coldplay’. It was just the way that they did it: Californication wasn’t a one-off but a formula, ruthlessly repeated for the best part of a decade (albeit with massive, cokey guitar solos grafted on to Stadium Arcadium).

Eleventh album The Getaway will probably change very few opinions on the band, but it kind of changed mine, insofar as the modern musical landscape being what it is I’ve not actually paid close attention to anything the band has done in the nine years since I wandered out of the interminable intro of their Leeds 2007 headline set in boredom and went to watch Hot Hot Heat instead (no regrets).

The jettisoning of Rubin as their producer in favour of Danger Mouse does not herald a bold new dawn for the band in and of itself: a couple of moments of enjoyable lunacy aside (the mercurial, self-referential ‘This Ticonderoga’ kind of sounds like heavy metal music hall) it’s essentially as quintessential a latter-day RHCP record as it gets, mid paced, warm, and ballady. Anthony Kiedis may be 53 now, but nothing about his laid-back almost-rap delivery has changed in at least 25 years. And with John Fruciante now long gone, you'd have to say that Flea’s slap bass is now their only really defining musical characteristic.

And yet: it’s not thrilling, but it’s just better than anything they’ve turned in in years. You can read the runes with reference to the departed Fruciante (The Getaway is the current line-up’s first album not written with him at all) but surely it’s the deposing of Rubin that’s changed things.The man was essentially the architect of the band’s success, but he was a straitjacket for them too, that sparse, blaring formula unerringly geared towards the commercial radio of a decade ago giving cold-eyed glint to even the most loveable song.

It’s tempting to think the band simply stood by Rubin for as long as he was giving them hits: the last record he produced for them, 2011’s I’m With You, was their weakest-selling since 1987's The Uplift Mofo Party Plan. It’s probably not as mercenary as all that: the seismic changes in the music scene between 2006 and 2011 meant that it was inevitable the now very middle-aged band’s sales would fall off a cliff. Certainly one imagine the band’s label, Warners, had been very keen on keeping the union going because because of band and producer’s long-term inability to stop selling gazillions of records. With that gone, RHCP are free to, er, well kind of make a slightly warmer, sightly busier variant on a RHCP album.

Certainly it’s worth remembering that prior to the Rubin era, the band went out of their way to work with interesting producers: Gang of Four’s Andy Gill on their self-titled debut; George Clinton on follow-up Freaky Styley.

Danger Mouse is not a guy to go to if you want a brand new sound, but he does tend to loosen a artist up. And it's worked here: the band sound warm, melodic, modest and romantic. Lead single 'Dark Necessities' has all the ingredients you expect from an RHCP song – mostly doggerel lyrics, and I don't know if I mentioned it at all but the band are kind of into slap bass – but it's also got a beautiful, surging piano intro that reminds you of their largely new wave roots. 'Detroit' is hard, bristling, Gang of Four-ish funk. And the charm and slight loopiness of The Beatles percolates merrily throughout the 13 tracks.

It's kinder, nicer, less frattish music, not so much the sound of a band growing old gracefully as one abdicating from the pressure of being a big pop act. Perhaps there's something else, too: in an age when chart pop is unfailingly blaringly loud and often terrifyingly stupid, RCHP's refusal to try and engage it in a death spiral to the bottom is both surprising and pretty admirable. Whether because they've changed or their surroundings have changed – probably a little of both – the Red Hot Chili Peppers are no longer the dumbest guys in the room.

The Mountain will Fall