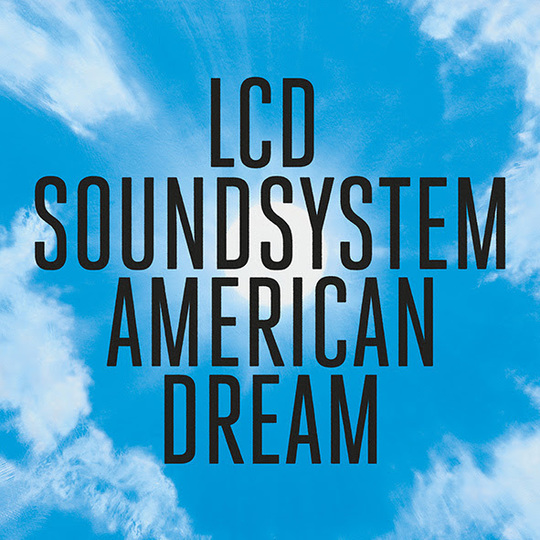 Goodbyes are hard. Nothing ever lasts forever, but the sting remains, and knowing that it’s coming often does little to soothe the pain. In April 2011, it didn’t seem real that the puckish, enigmatic James Murphy was making good on his promise to end LCD Soundsystem with the world at his feet. The kid singing along to ‘All My Friends’, or those lost in tears and quiet despair captured the sorrow that runs throughout Shut Up And Play the Hits, the documentary filmed around their farewell concert at Madison Square Garden; at one point even Murphy himself, standing in a room full of no-longer-required equipment, breaks down and sobs.

Tracing why the band means so much to so many involves tapping into age-old anxieties: Does anyone care about me? What does this all mean? Who am I? – and how Murphy attempted to answer them. They captured the zeitgeist of New York City in the aughts like few others, but the friction that made their songs burn was generated by disparate sounds rubbing up against each other in unlikely ways. A lifetime spent obsessing over music allowed Murphy to repurpose luminous dance music, wiry post-punk, and krautrock’s motorik grooves and wide open spaces in new ways, inverting notions of coolness and taste in the process. But the beating heart of LCD was always Murphy’s acute self-awareness and vulnerability, and the sense that just like everyone else, he was figuring it out as he went along.

There will be those who remain dismayed by the band’s return a mere five years after such a deliberate full stop, but American Dream isn’t weighed down by expectations, nor is it an attempt to assuage anyone who feels betrayed. It’s a deeply introspective album, and there’s a heaviness lying over many of the songs. It veers towards more traditional arrangements too, even though several tracks chug past six minutes (‘Black Screen’ hits double figures, forlornly unfurling for 12 minutes), and beyond ‘Call the Police’, which apes ‘All My Friends’ grandness and euphoria, there are fewer musical peaks; gone is the boisterousness of ‘Drunk Girls’ and the exuberance of ‘I Can Change’ or ‘Daft Punk Is Playing At My House’.

But while they still don’t do hits, no-one does brooding, slow-burn magnificence quite like Murphy. He builds everything from the ground up, solid foundations augmented by neat details and flourishes. More than ever, American Dream demonstrates how rhythm is central to LCD Soundsystem, hardly surprising when the dancefloor is where Murphy had his first epiphanies. Fat synths squelch and rumble, basslines are nimble, while few modern drummers have developed as distinctive a style, or become as central to a band’s ethos, as Pat Mahoney; not for nothing does Murphy sing stage left, next to the drums, frequently facing them directly.

Murphy’s sense of timing remains impeccable, and he knows exactly how to tease. Crescendos are effortless, and while some songs simply bubble along menacingly, the album’s central pillars of ‘how do you sleep?’ and ‘tonite’ subtly shift gears and add layer upon layer; when everything fully kicks in on the former, Murphy stands aside and points the band towards the heart of the sun. Every sound is just so, perfectly calibrated and realized, and it’s not hard to trace the textures and influences – Talking Heads, Television, some Can, plenty of Bowie and Seventies art rock – he (lovingly) employs.

His flat, disaffected style of singing always seemed to signify self-doubt, as if he was placing himself outside and above the music. “I can’t make you a promise / We’re not professionals” he solemnly intones on ‘change yr mind’, his delivery positively monotonic. Throughout American Dream Murphy is looking inward more than ever, it’s just that age allows him to apply hard won wisdom to his fears. This, coupled with his sardonic wit, means his icy barbs have never hit as hard, whether aimed at himself – “I’m a reminder / A hobbled veteran of the disc shop inquisition” – or the hipster culture represented by “Bullying children of the fabulous / Raffling off limited edition shoes”.

Murphy recently revealed that the spectre of fame and overbearing success lay behind his decision to close the door on LCD. “I suspected that our next record would be the big one…I didn’t want it,” he said, understandable concerns from someone who didn’t worry that he was losing his edge, but that he’d never had it in the first place. It was acceptance that the band he’d dedicated ten years of his life to had reached a ceiling of popularity they were ill-equipped to smash, the intrusive level of scrutiny that doing so would bring a price he was unwilling to pay.

Watching his friend and hero David Bowie pour heart and soul into Blackstar while succumbing to cancer no doubt shifted these parameters. “Good – it should” was Bowie’s take on an LCD resurrection feeling “uncomfortable”, and the seriousness of the music is perhaps Murphy’s realization that his band is now operating on a higher plane; no longer just snarky, superior music snobs, to many of the band’s fans – particularly younger ones – he has become what Bowie, Reed, Eno, and Byrne are to him, touchstones to be revered. The struggle of reconciling such thoughts with lines like “I’m not dangerous now / The way I used to be once / I’m too old for it now” provides plenty of frisson, even though as a lyricist, he’s never been as explicit (“Yr getting older / I promise you this” he warns on ‘tonite’).

Such transparency extends to the saddest song here, ‘Black Screen’, which covers new ground for LCD - naked sentimentality. Written straight from the heart about his relationship with Bowie, it breaks down Murphy’s nervousness around him, feelings of inadequacy, and the regret of not spending more time on their friendship. “I had fear in the room / So I stopped turning up” he sings of the co-producing role he turned down. “I should have tried more”. For someone who, just a few songs earlier, was singing how “Time won’t be messed with”, the message is clear; seize the day, because death stalks us relentlessly. Eventually, the lyrics drift off while the song hums and pulses for four further minutes, haunting piano notes punctuating the gloom. It’s the most disconsolate music they’ve ever committed to tape, the grief in his voice left to hang in the air, untroubled by comfort or reassurance.

I wonder if the Murphy who, wide eyed and tearful, watched all those white balloons fall from the rafters of MSG knew, deep down, that one day the temptation to return would prove irresistible. 'I was 38 and said: "I wanna make a record." I blink and I was 41. I want to have kids and have a life. I blink twice more and I’m 50,' he said in Shut Up And Play The Hits. He’s 47 now. Then again, anyone the wrong side of 30 knows what it’s like to be faced with a reality vastly different to how you imagined your life panning out. LCD Soundsystem achieved in death what few bands do – preserving their legacy and bowing out on their own terms, reputation unblemished. That Murphy has brought them back speaks to their importance, and the things that, despite himself, he thinks we still to need to hear.