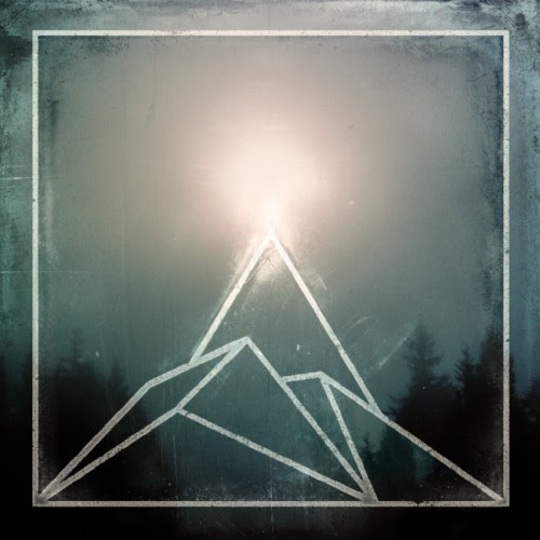 To paraphrase I’m Alan Partridge’s Tony Hayers, The Used are a band who, over the last 15 years, have gained a reputation for making mostly bad records. Their self-titled debut grossed you into submission, looming over like Tyler Durden, shaking its bloodied face and screaming “YOU DON’T KNOW WHERE I’VE BEEN!” until you gave it everything it wanted. Since then, though, they’ve offered up a series of ever-diminishing returns – through electronic dalliances and the back-to-basics shrug of Artwork, to 2014’s political-with-a-small p Imaginary Enemy. At no point have these releases given the impression of meaning anything more than just another album. When founding departure Quinn Allman left / was fired in 2015, the consensus seemed to be that The Used didn’t really need to exist anymore.

Countering this lack of faith with a 17-track double album is a terrible idea. With a runtime that stops just short of an hour and 20 minutes, the inclination to immerse oneself isn’t exactly forthcoming. Bands that draw from first-wave emo and post-hardcore are most effective in short bursts, with metaphors and imagery never far from the end of your nose, so hanging around for five-and-a-half minutes at a time isn’t the most welcome of prospects.

However, the release of ‘Over And Over Again’ was a clear indication that the band’s approach was a little different this time. Intentionally divisive, it’s a Taylor Swift banger co-opted by Rob McCracken to outline his love for Michael Jackson and Kurt Cobain: _ “’Wanna Be Startin’ Somethin’ taught me to sing / or maybe “kiss, kiss Molly’s lips” / on a plain he will always live / in a round he will always be dancing.”_ It’s brilliant, obviously.

During the writing of The Canyon, one of McCracken’s closest friends took his own life in Provo Canyon, Utah, where the pair grew up, and the shadow of that loss hovers over the record. When Stephen King wrote It, he saw it being his last horror novel, so threw in everything that scared him. This seems to be McCracken’s approach to his lyrics on The Canyon, as themes develop around rage, confusion, the emptiness of the online world and the uncertainty of coming home. Even King gets a reference, in a bizarre rap sequence on ‘The Quiet War’ that shouldn’t work but somehow does. Multiple references to Cobain spring up, along with George Orwell’s Homage to Catalonia, Noam Chomsky and the titular canyon that informs everything else. It’s open heart surgery on a level above anything McCracken has written before. All this should make for an impossible trudge, but the rest of the band lock into an angular, metallic groove that positively shines. Ex-Saosin guitarist Justin Shekoski is everywhere, filling the spaces with dextrous palm-muted fills, jazzy Jeff Buckley chords, searing leads and blasts of atonal noise. The rhythm section of Jeph Howard and Dan Whitesides ensure these are songs you can actually dance to, adding a welcome dose of funk to The Used’s sound. Going with Ross Robinson as producer has paid dividends, too, and he functions as an effective filter through which to make sense of it all, much as he did on Relationship Of Command.

Most importantly, McCracken has re-discovered his way with a tune – these are the strongest melodies he has committed to tape. The one-two punch of ‘Funeral Post’ and ‘Upper Falls’ marry the grief and anger of his loss with bright, punchy choruses that build and swell behind the weight of the words: “I see a loaded gun / I can’t take any more / I see the truck parked up in the canyon with nobody home / I see the bass guitar in your room / PJ’s Ten on the wall / Just what did it take to trigger the end? / I could’ve been there / I miss you, my friend.”

There’s a huge amount of sadness and death within The Canyon, but the music brims with life. Once your hometown intertwines with personal tragedy, it’s impossible for it to be the same, but it’s still your home. These are places with memories and joy that will never leave you, and it’s remarkably astute that The Used chose to explore that duality within the record. There’s so much to unpack here, and that undertaking is completely worthy of the effort. The results sit alongside Finch’sSay Hello To Sunshine and Vendetta Red’s Sisters Of The Red Death as abrupt left-turns that sought to both challenge their audience and satisfy their creators’ ambition. Once content to artlessly bludgeon their way through existence, The Used now stand proud as a complex, insightful collective that demand to be heard. With no warning whatsoever, this is an incredibly thoughtful, articulate modern rock record that stands toe-to-toe with anything released this year.

Mothers of Beef and the Magic of Invention