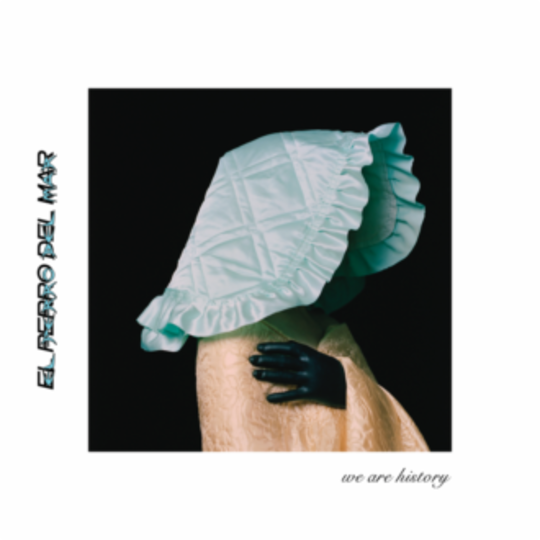 Sarah Assbring released her fifth album as El Perro Del Mar, KoKoro, in 2016. Taking its name from the Japanese word meaning 'heart' or 'feeling', it married together her usual blend of relatively melancholic musings with a much brighter edge fuelled by new musical terrain. After spending time listening to Japanese, Chinese and Cambodian 60s pop before making the album, it fused together traditional Middle Eastern and Asian instrumentation (such as the guzheng, a Chinese stringed instrument, or the shakuhachi, a type of Japanese flute) alongside more contemporary, Western influences into a vibrant, global pop landscape. Underneath the buoyancy, it was also quite a political effort, with tracks such as its lead single ‘Breadandbutter’ questioning isolationism.

But two years have since passed, and the already the world seems like a very different place, not least because of the Brexit vote and the election of Donald Trump. Unsurprisingly then, Assbring’s new EP We Are History is a much darker, far less energetic affair than KoKoro, reflecting the tone of the time. Despite being an 'appendix' to its predecessor, it’s a collection that forgoes most of the more ecstatic touches of KoKoro in favour of moodier introspection, characterised most frequently by washes of ambient, ghostly synths and almost doom-laden melodies.

As its title vaguely suggests, We Are History also looks to the past, reflecting on how the human race sometimes seems unable to learn from its past mistakes. Assbring says that she asked herself a couple of questions: 'What did we do to end up here? How different are we or are we any different?' These questions are sometimes explored self-reflectively, as on opener ‘Mirrors’, where she reaches out for a sense of empathy, repeating the line “I wanna try” and “there is good within me” with emotionally-driven vocals as she attempts to see herself, and others, with a greater sense of compassion. The plucked harps, flourishes of dramatic strings and scratching, industrial tones only heighten the intensity of that quest for self-love.

On the title track she goes on to ponder the way in which time can connect the living and the dead, and how those ancestors live on in modern times through their unique traits (whether they be positive hopes or dreams or deeper scars and flaws). The idea of generations being tied together is reflected by the looping waves of crashing synth melodies that reverberate throughout, managing to find some distinctive grey area between triumphant and downbeat to nestle snugly into. The added pitch-shifted vocals that swirl around Assbring’s voice help intensify its spectral nature.

There are times though when Assbring’s philosophical intentions are also sometimes weakened by her use of simple, repeated phrases. KoKoro similarly tread into accessibility in order to try and not come across as overly moralistic, turning to more childlike phrases to put her message across, with occasional, subtle critiques of capitalist society and consumerism (“pics of girls and ads of boys/ Hit you, hit you as you go”). Here though, while the likes of ‘Petals’ does hammer home the core idea of only living life according to fate rather than taking control of one’s own destiny, when coupled with the relatively dusty musical foundations it slightly wilts and seems lacking in power. On ‘Freedom Is A State Of Mind’ – which contains quite beguiling fluttering woodwind most reminiscent of KoKoro and an out-of-nowhere, almost industrial breakdown that pierces through the mix - Assbring tries to challenge the notion embedded within the song’s own title, arguing that this “state of mind” might only be for the privileged themselves. Unlike the gentle critiques of KoKoro though, which spared the listener room to make their individual judgements, Assbring comes across slightly more like preaching on lines like “freedom is a state of power/ The western world is in denial” or “freedom is a private club/ The guest is written down in blood.”

As an EP that’s set in the current social and political climate, with its blackened musical landscape We Are History feels firmly planted in contemporary times. But while it builds on some of the more philosophical themes of its predecessor, it’s an appendix that can occasionally feel a bit heavy-handed, losing some of the lightness of touch that KoKoro wielded.

In a Poem Unlimited