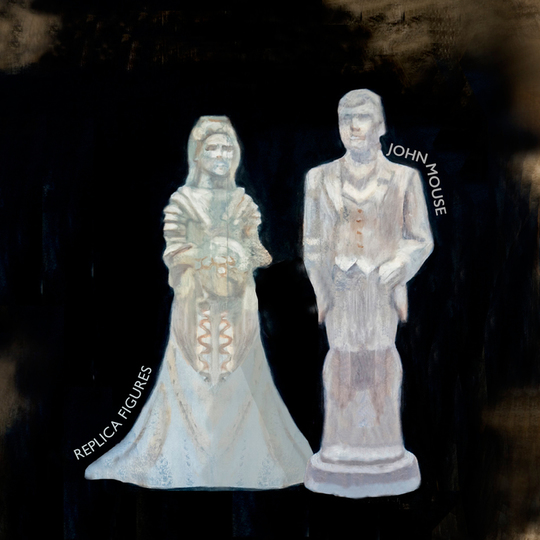 Following 2014’s often magical, always strange The Death Of John Mouse, on which he worked with the likes of Los Campesinos’ Gareth David, Welsh weirdo John Davies dropped off the rock n’ roll radar for a couple of years - no doubt honing his lysergic, nostalgic songwriting style in anticipation of this rather mighty return.

Working here with Cardiff cult legend Sweet Baboo, Mr Mouse has created a reflective pop album soaked through with tar black humour that may not be as instant as some of his previous work but has the kind of charm, depth and breadth of genre that demands repeated and increasingly satisfying listens.

Chameleonic style-hopping is the order of the day. Davies flits between the lof-fi jerk-disco of Eighties retro homage ‘Boogaloo’ (“Breakdance 2: Electric Boogaloo put us into a headspin” he recalls), immersed in cultural artefacts and names from the semi-distant past (“Andre The Giant, Andre Agassi”) and the country & western lament of ‘Memory’ (essentially the concept that the album is all about) never forgetting to throw in a cutting line (“And now there’s just more funerals” he notes towards the close of the former track) or a comic, bittersweet and tuneful chorus (the latter’s “Memory - why are you mean to me?” refrain for instance).

Davies’ beautifully, heavily accented drawl transforms into a Roddy Frame croon on ‘Bunk Beds and Broken’, covering one of his most beloved topics - childhood holidays. “How we all wish, we fantasise / We’d wake up, way back then”, he observes, always with on eye on the innately reductive nature of nostalgia itself whilst seemingly unable to escape it.

Later, on the Pulp-esque ‘The King And Jesus Ganged Up On Me’ we have a fantastical tale of religion and royalty set to a gorgeous piano part, while ‘The Boxer’ spins into absolute darkness - a lengthy, complex bar-room threatener featuring backing vocals from Mouse’s daughter.

Unquestionable banger ‘With These Hands (I’ll Rip Out Your Heart)’ is a late-coming highlight that, in describing, perhaps, an unexpected meeting with an ex-partner offers the blindingly funny, extremely sad line “You never died - you’re just very hard to find”.

The Bontempi spoken word of closer and lead single ‘Gladiator/Contender’ is reminiscent of Mouse’s stone-cold classic Christmas single ‘Robbie Savage’ (give that a listen and wipe the dust out of your eye, mate) and again is pure hiraeth for the Welsh among us, bringing to mind endless weekend afternoons at warm, glowing grandparents’ houses, and, for the rest of us, a simple, sad pop song that’s impossible to resist.

This is an album layered in wisdom, in yearning and boasts a strangely confident grasp of the effect memory and nostalgia have on the human spirit and mind. Even while Mouse is, to the backing of a DIY beat and a new wave guitar hook, spitting lines like “Later she noticed a dead baby in the bowl” on opener ‘End Of Mankind’ it’s always with an arm around the shoulder, a friendly, conspiratorial wink and lashings of songwriting style.

Replica Figures is, then, a record that flits and skips lightly between musical traditions while maintaining a firm grasp on its’ central ideas and themes - but most of all it showcases a vastly overlooked and remarkable talent in the shape of John Mouse, who, it is becoming increasingly clear as time goes on, should be held in a similar regard as fellow Welsh masters of alt-pop such as Gruff Rhys or Euros Childs. Let’s hope we aren’t waiting four years for the next musical memory to treasure.

There's a Riot Going On