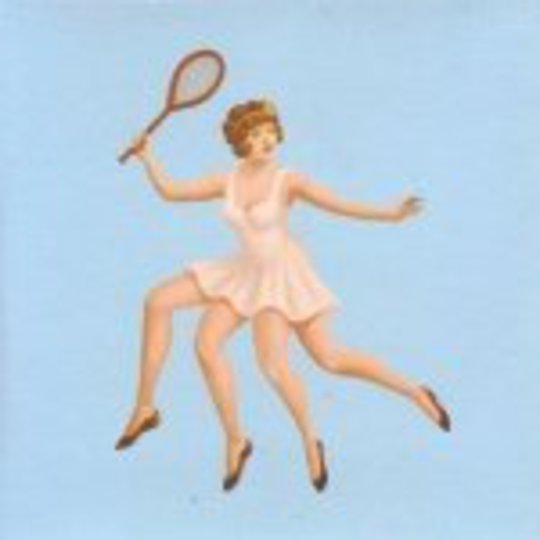 23 finds Blonde Redhead at their beauteous best, on the sort of form that saw the trio produce one of this century’s finest LPs to date, 2004’s how-do-they-top-this Misery Is A Butterfly. It’s a record that sinks in deep, from the very offset; an album that enriches the heart and mind and leaves the first-timer flabbergasted at just how fantastically otherworldly a single album can sound. Those wanting absolute succinctness at the earliest possible juncture, this is what you need to know: 23 is the next record you have to buy.

Mysterious and magical, the New York-based trio have always been a complex puzzle of a band – experimental to a degree yet able to harness the rawest, purest pop hooks, the brothers Pace and vocalist Kazu Makino craft compositions that defy conventional classification. Indie-rock is one catchall that could be applied, but it’s ill-fitting given the three-piece’s penchant for exploring alternative routes to a song’s climax. Often what begins elementary takes a turn for the advanced, for the contradictory; here, ‘SW’ begins its journey under a heavy curtain of chimes and shimmers, trebly percussion and chant-like vocals, but by the midpoint of its allotted four-and-a-half it’s shifted gears courtesy of some superbly unexpected, wonderfully embellishing trumpeteering. It’s just one of 23’s many highlights – a song that strays from the norm enough to sate those with an appetite for the unusual, but does so in a way so affecting that even absolute beginners will be thoroughly intoxicated.

The opening title track, too, tosses an early curve: its introduction is pure eighties alternative rock, all drifting drones and blooded bombast – a comparison to the always referenced, often wrongly, My Bloody Valentine, would not be misplaced. Yet the song’s not designed for those with their eyes firmly on their laces; it’s a celebratory gambit, a gorgeous slice of alien soundscaping that’s somehow of this earth but utterly inhuman of design. It’s too perfect to be the product of fallible men, and that feeling, that Blonde Redhead have found a previously shrouded secret formula for songwriting, runs the length and breadth of 23.

It seems strange that a band so full of sound would lift their moniker from a no-wave group from a couple of decades ago, but in Blonde Redhead’s case the contradictory has always made a perverse sense. In some ways their firmly independent approach to each and every album – not one to date has really sounded like echoes of influences past – is the absolute epitome of punk, but to place 23 beside the likes of BoySetsFire and The Bronx in high-street racks is only likely to compound the confusion further. 23 offers no answers as to how Blonde Redhead should be appreciated, generically; all it does is remind the listener that few bands today are quite so perfect at their chosen art form.

If you missed it earlier, this is the next record you have to buy. Absolutely. Unequivocally. It’s better than Misery Is A Butterfly. Seriously. Do it.