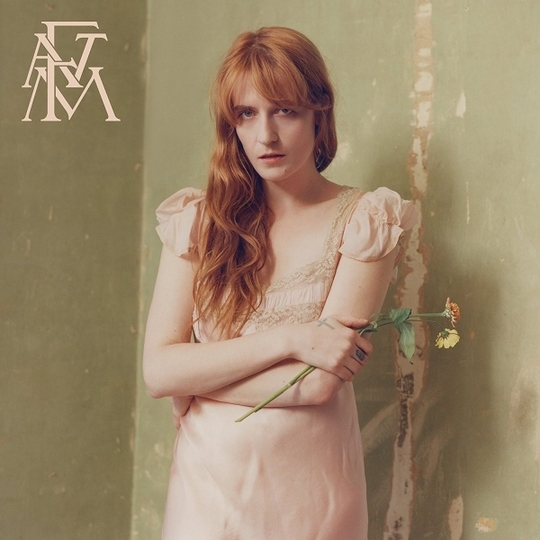 Less is more has never been Florence + the Machine’s mantra, especially back in the days of Lungs (2009) and Ceremonials (2011), with Florence Welch having stated that when it comes to her songwriting, 'Everything is a crescendo.' But almost a decade since the band’s debut album, Welch makes a return with High As Hope, proving that you can have a hair-raising powerhouse of a record without the unnecessary bell, whistles and gothic melodrama.

Picking up from where How Big, How Blue, How Beautiful left off three years ago, High As Hope strips things right back, culling off all traces of bombast and cryptic meanings, choosing instead to shoot straight to the point musically and lyrically, making this one hell of a raw album to digest. No thunderous booming drums here, no particularly grandiose orchestras either, not even very much in the way of operatic vocals courtesy Welch, and yet, the band actually manages to create an album that packs a harder punch emotionally and sonically without all those noisy extras.

And it starts right off the bat with the beautiful and sparse ‘June’, a song that is simultaneously subtle and thunderous – if that’s even possible – like an approaching storm that threatens to unleash menace upon you over the duration of three straight minutes. But never does. And that’s okay. It’s actually even better this way. Surprisingly, it’s followed by ‘Hunger’ – probably the bounciest, up-tempo, toe-tapping pop song on the entire album which weirdly enough has one of the grimmest themes of all the tracks, recounting Welch’s teenage eating disorder and a tendency towards self-destruction: “At 17, I used to starve myself, I thought that love was a kind of emptiness,” she sings, while managing to make it all sound like a radio-friendly festival anthem. It’s light and dark at the same time and applies to universal feelings of self-loathing, a need for love and a sense of belonging.

‘Big God’ meanwhile steps into Tori Amos territory, occasionally even in singing style, with its foreboding piano and brooding vibe, making this another definite highlight on ‘High As Hope’. Co-written by Jamie xx and featuring sax contribution from Kamasi Washington (who makes multiple appearances across the album), ‘Big God’ sounds aggressive, explosive and pissed off as hell, which is curious because the use of instruments is actually at bare minimum... Just goes to show that less, indeed, can be more. ‘Grace’ is another beauty, though for a very different reason. A spine-tingling tear-jerker, it’s Welch’s letter of apology to her sister for being a bit of a shit in the past: “I’m sorry I ruined your birthday, I guess I could go back to university, try and make my mother proud,” she sings over the jazz-tinged piano. Given that Welch is sober these days, and considering the heart-felt emotion pouring out on ‘Grace’, it’s probably a lesson learned.

As bare bones and organic as the album is – there are only ten tracks in total – it’s not completely devoid of guitars or soaring vocals or even the orchestral element – it’s just that it’s all more restrained, calmer, collected and generally much more mature. And whaddya want? This is Florence + the Machine, after all, and High As Hope should really be viewed as an exercise in de-cluttering rather than a full makeover. It’s raw, human, stripped of all excess and laid bare – and it’s quite possibly the most beautiful thing the band has ever released. Near perfection.