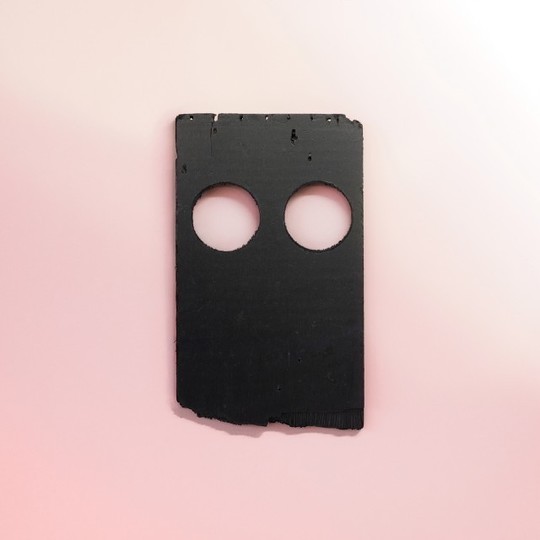 Low celebrate 25 years as a band with Double Negative, a record so unabashedly different to the music they first made their name with, it makes Scott Walker look positively nostalgic.

But as ever with the enduring Minnesotans, it doesn’t feel like they‘re being ostentatious. If it’s perfectly reasonable to compare Double Negative’s chilly electronic snowscapes to those of Radiohead’s Kid A, then this album isn’t anything so vulgar as a reinvention… Instead they and producer BJ Burton have simply walked further – a lot further, admittedly – down the path they began with 2015's Ones and Sixes. Those wanderings have led them far away from the silent forests of their slowcore beginnings, way past the rolling plains of sort-of-accessible, sort-of-alt rock mid period, on to somewhere barren and otherworldly, and yet where traces of who they were still lie scattered and gleaming.

‘Quorum’ exactly sets the tone: roiling, rhythmic, glitchy static, with an almost indecipherable Alan Sparhawk’s heavily treated voice phasing in and out, only the odd phrase fully discernible as a bass drum begins to pound, huge and ponderous, until at last it deepens and quickens into the bed of the haunted ‘Dancing and Blood’. On these tracks, Double Negative shares an awful lot of sonic DNA with the more glacial end of dubstep, though Low have put these sounds to almost entirely different purposes -the ending couple of minutes of ‘Dancing and Blood’ for instance, are just a single, ominous drone.

There are moments when hooks and melodies emerge from the alien din: ‘Fly’ is a fragile, Mimi Parker-sung soul ballad, albeit set over buzzing, Thom Yorke-alike electronics. The closing ‘Disarray’ - the album’s lead track - is positively jaunty, a largely discernible lullaby whose throbbing, nervy production refuses to cloak an essential sweetness and warmth. And ‘Dancing and Fire’ is pretty much an old fashioned, early ‘00s Low dirge - not so much proving they can still do it as demonstrating that this stuff remains in their blood, and makes sense next to the newer work.

Make no mistake, though: at other times, the Low we know are almost unrecognisable. Sparhawk frequently atomises his vocals with effects, leaving a sense of a feeling, but nothing more, his words a strange new instrument. ‘Rome (Always in the Dark)’ is a plunging abyss of bass noise and howled autotune; ‘Poor Sucker’ sounds like The Knife having a moment of introspection; instrumental ‘The Son, The Sun’ is a cold, dark hiss of overloaded speaker that builds to a wordless wail; and ‘Tempest’ might just be the most extraordinary song the band the have ever made, overwhelming clouds of melodious static bubbling and surging around a radiant but totally indecipherable Sparhawk lyric, all eventually obliterated by depth charge bass explosions, huge and distant.

Double Negative is an astonishing album, cohesive but wide ranging, occasioanlly presenting Low as they were, more often seeing the trio forge on until guitars dissolve, words dissolve, flesh dissolves and everything becomes pure light.