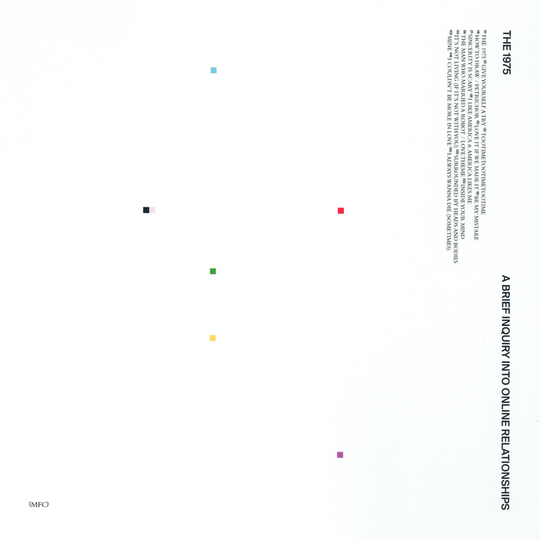 How many genuine characters has the past decade or so in music turned out?

The very fact that the ones we have had loom so large across the landscape should give you some idea as to their scarcity. There’s a reason why the Gallagher brothers seem to swallow what’s left of the music press whole for a month or so whenever either of them opens their mouth; in a climate where publicists want everybody on their best behaviour, the pair of them still have something to say, and they don’t mind saying it, either. When Mac DeMarco sold out two nights at Brixton Academy last year, it wasn’t because there’s ten thousand Londoners happy to part with thirty quid to hear some lo-fi love songs played back at them note-for-note, because by that calculation, Jonathan Richman would’ve made enough out of them to retire by now.

They didn’t just want the music - they wanted the self-styled indie rock clown prince who sticks out like a sore thumb among so many self-serious contemporaries. Similarly, it’s little wonder that the likes of 6ix9ine and XXXTentacion - vivid in appearance and violent in expression - have been the hip hop names on everybody’s lips this year; the man at the top of the genre lint-rolls his trousers in public. There aren’t many real characters left but, whether or not they mean to be, they’re difficult to avoid when they do surface.

Matty Healy is a character, a proper one, and in his case, The 1975’s ubiquity these past few years is absolutely by design. From the beginning, he’s claimed that his band speak to their generation with more concision and empathy than anybody else, not just in thematic terms but in relation to the actual sound of their albums. The 1975 pride themselves on stylistic diversity, because that, they’d argue, is reflective of how young people consume music today. They less listen to records than cherry-pick from them. Playlists have made the album obsolete. Singles, in the modern meaning of the word, need to be a bit provocative, a bit garish, or nobody’ll pay attention.

Five years ago, it was easy to dismiss those ideas as all talk. The 1975 was a record about the late teenage experience, which meant it was an album about sex, drugs and regret. That was hardly novel, and neither was the idea of a wide-eyed, anything’s-possible frontman, so when you read articles that portrayed Healy variously as egotistically fragile (a 2013 Guardian profile had him earnestly asking the reporter ‘do you like me as a person?‘) and delightfully forthright (‘it seems the only media training he’s ever had involved meeting Noel Gallagher in a lift’, said this site’s editor), you didn’t think much of it - young lead singer in gobshite shocker.

Within three years, though, came I like it when you sleep, for you are so beautiful yet so unaware of it, and if there were any doubts after the title was announced about whether this was a band wanting in the self-awareness department, the gloriously gaudy stylings of its lead single swiftly put them to bed. ‘Love Me’ brought the curtain up on a wildly eccentric seventeen-song suite that tackled fame, drugs again, mental illness, sex again, equality, agnosticism, bereavement and post-natal depression. The sound was as eclectic as the subject matter, swinging from D’Angelo-flecked neo-jazz and Brian Eno ambience to out-and-proud piano house and Explosions in the Sky-worthy post-rock.

Healy was beginning to walk the walk; where he played up the sexier side of his media influences (On the Road, True Romance) on The 1975, he acknowledged their darker underbelly (the plasticity of fame and the ready availability of cocaine) on I like it when you sleep…, all the while sprinkling proceedings with his weirdly endearing brand of would-be intellectualism. Who else would get away with leaping from sloppily spilling amaretto on one album to invoking Debord and Berger on the next? There was no question that he had a firm handle on what made his generation tick; the question was to what degree he could legitimately claim to be an eloquent spokesperson for it.

There’s a firm answer in the shape of A Brief Inquiry Into Online Relationships. He related the usual trappings of early adulthood well five years ago, and he seemed like an empathetic voice in the middle of a millennial maelstrom on album two, as twenty somethings battled to navigate the information paradox. Now, with this third LP, we get some elucidation. It’s a treatise on what social media and internet omnipresence mean to a generation of young people who can still remember what it was like not to have it, even if they were only kids at the time. Healy is old enough to dole out life advice to Generation Z on the maddeningly catchy ‘Disorder’ tribute ‘Give Yourself a Try’, and young enough to still sound utterly out of his depth when it comes to love, as the thoroughly vulnerable ‘Be My Mistake’ suggests.

He’s also sufficiently world-wide-web-weary to include ‘The Man Who Married a Robot/Love Theme’, an ambient piece with a voiceover by Siri that chronicles, in the style of Spike Jonze’s Her, a grimly comic tale of cyber dependence that most of us can relate to, even if our usernames aren’t ‘SnowflakeSmasher86’ - after all, we’ve all used the internet to have “cooked animals" delivered to our door, to watch people having sex with each other, and to “inform people what is wrong with them and their life”. If you hadn’t already figured, this record is so sharply 2018 that you could cut yourself on it; ‘Love It If We Made It’ has been half-jokingly dismissed as a millennial ‘We Didn’t Start the Fire’, but when Healy is so direct as to quote Trump and reference Kanye and Kaepernick, it’s hard to shake the feeling that what feels quintessential now might be quaint in a few years’ time.

To say that that track takes heavy influence from The Blue Nile’s ‘The Downtown Lights’ would be putting it mildly and, as much as everything about the record’s presentation suggests polish and clean lines, from the minimalist artwork to the consistent piano leitmotif to George Daniel’s production (shiny enough to see your face in), it’s the points at which A Brief Inquiry Into Online Relationships veers away from the preset aesthetic that feel the most profound. ‘Sincerity Is Scary’ flirts with soul, but so did ‘If I Believe You’ last time out - not that repetition should distract from the stellar contribution on both tracks from the late, great Roy Hargrove. ‘How to Draw/Petrichor’, meanwhile, has already been pegged as the band’s paean to UK garage and post-9pm Radio 1; they must’ve forgotten they already did it better two years ago, with I like it when you sleep’s title track.

Instead, the band truly soar here when they break new sonic ground, and it’s Daniel, you suspect, who is musically the beating heart. There are obvious tips of the hat to Soundcloud rap, especially the AutoTune dominated ‘I Like America and America Likes Me’, which starts out sounding like Sigur Rós and finishes with the sort of aggressively electronic flourish that wasn’t part of the musical lexicon until a couple of years ago.

The woozy, brass-fuelled ‘Mine’ is an out-and-out jazz number, one that channels John Coltrane just before he cut A Love Supreme. Weirdly, the tracks that owe the most to a traditional indie rock blueprint rank amongst the most thrilling; take your pick from the delicate, Foster Wallace-referencing rehab lullaby ‘Surrounded by Heads and Bodies’, or ‘Inside Your Mind’, a moody, downtempo track that lyrically takes Ben Affleck’s opening sentiments from Gone Girl and runs with them - “when I think of my wife, I always think of the back of her head. I picture cracking her lovely skull, unspooling her brain, trying to get answers.” Perhaps, therein, The 1975 unlock the record’s key theme - how come person-to-person communication is so often so hard in a world that’s supposed to have made it so easy?

The record closes on the gently anthemic ‘I Always Wanna Die (Sometimes)’, which is an admirably forthright reflection on depression. Mental health difficulties have, in some cases, become dubious creative currency in recent years but Healy handles them with handsome elegance here, right at the album’s wrapping up and, therefore, right as you’re re-evaluating the veracity of his claim to be the voice of his generation. On this evidence, he really might be.