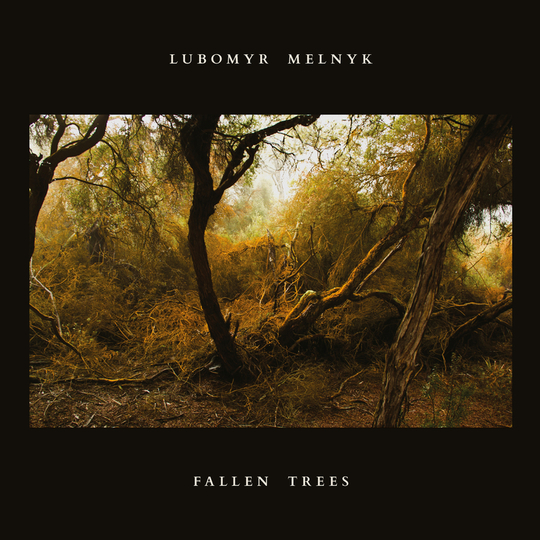 Ukrainian continuous piano pioneer Lubomyr Melnyk may be turning 70 just before Christmas but that does not mean that his career is entering a largely irrelevant, nostalgia-fuelled twilight phase. In fact, somewhat bizarrely, Melnyk’s career is only now reaching its apex. Having languished in relative obscurity for decades, Melnyk was brought to wider public attention in 2013 by Erased Tapes, the now ubiquitous modern classical label that is also home to the likes of A Winged Victory for the Sullen, Ólafur Arnalds, and Nils Frahm. Melnyk’s fast, but nonetheless highly controlled, style of playing won him immediate admirers when Corollaries was released a little over five years ago. A recent co-headline slot at the Royal Festival Hall as part of the Erased Tapes tenth anniversary celebrations solidified Melnyk’s ascent.

Listening to Fallen Trees, one is struck by how absurd it seems that Melnyk spent so long out in the cold. Each of his releases over the last five years has confirmed what his, often hard to find, earlier records all indicated: that here is a pianist boasting exceptional compositional talent as well as enviable technical skill. On this, Melnyk’s fourth album for Erased Tapes, the mood remains loosely melancholic, as has generally been the case across his discography. There is also, however, a sense of peace here. The beauty of Melnyk’s playing is such that there are constantly multiple emotional pathways discernible to the listener. The sublime ‘Barcarolle’, for example, is largely dominated by what feels like waves of regret, but by its conclusion the piece has reconfigured itself as something like a celebration.

The inspiration for this album’s title, and for at least six of its tracks (including the final five, all part of a linked suite), came from Melnyk’s journeys across Europe in recent years. Glancing out of a train window when travelling through a gloomy forest, Melnyk’s vision was arrested by the sight of felled trees. ‘Even though they’d been killed, they weren’t dead. There was something sorrowful there, but also hopeful’, he comments, in the process aptly summing up the atmosphere conjured up by much of his recorded output. The final five part title suite that closes Fallen Trees does a remarkable job of capturing the haunting tapestry of faded greens and yellowing browns on the record’s front cover. This is, perhaps, the sound of nature coming to terms with its own mortality.

Here, as on several of his recent releases, Melnyk’s compositions are embellished by the contributions of several collaborators. On Fallen Trees it is the vocal contributions – by Japanese artist Hatis Noit and American David Allred – that stand out most of all. At several moments, not least on the opening ‘Requiem for a Fallen Tree’ and in ‘Apparition’ (the central part of the closing suite), the sound of spectral voices emanating from the sonic mist provides the album with an extra layer of strangely blissful solemnity.

Fallen Trees is no reinvention of the wheel. Melnyk has, in recent times, settled into a groove that hardly requires him to dive headlong into experimentation. One can hardly deny that he deserves to be in such a position. This, like the other excellent records he has given us since his belated emergence into the global limelight, is a work of quiet - but nonetheless defiant – beauty from a true great of contemporary classical music, who we must all continue to cherish for as long as we can. Essential.

Not with That Attitude