Alone With The Alone 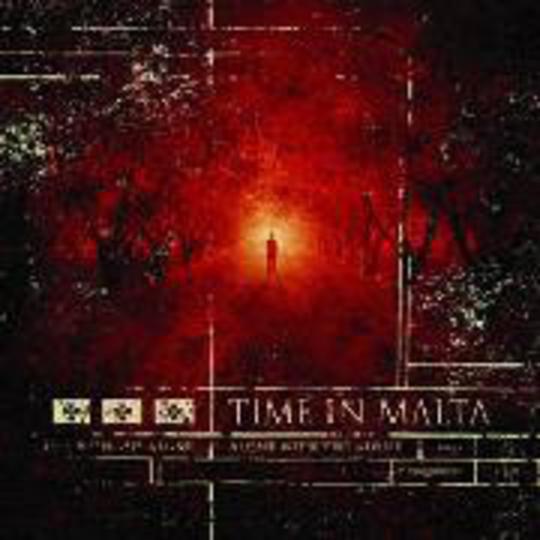 With its various members having grown up in the metal-core playing fields of the mid-west in the mid-nineties, San Francisco-based heavyweights Time In Malta were one of the first in the pack to realise the scope of opportunity that well-cut, finely-crafted melodies could afford those willing to stick their neck above the heavy music crowd. Thanks to some hefty onstage workouts with some of the scene’s greats (Drowningman, Botch, Skycamefalling – you know the score) and releases on labels such as Escape Artist, State of Grace and Reflections, TIM have honed their sound into a captivating blend of dark melodies, ferocious drumming and a pummelling torrent of driving, steel-toed aggression.

Returning with their third full length – and second for Equal Vision - ‘Alone With The Alone’ reverts back to the melodic crush of vocalist Todd Guillon’s previous band, the greatly under-rated Burn It Down, and combines it with the scintillatingly sharp precision of *Thrice *– which works well when it works well; opener ‘Bare Witness’ is a groovesome slice of passion, belief and screaming conviction, cut with a good solid chorus with annoyingly strong staying power.

It's just that there are times when Guillon’s hooks begin to falter, its thick double-tracked effect in the likes of ‘Tightrope’ perhaps not to everyone’s taste as it pushes to the forefront of the song with perhaps a little too much force. But it’s their sense of dynamics which seems to evade much definition, ‘Ghosts’ trying to retain the intensity level as much as possible while the guitars in ‘What Are We Afraid Of’ allow very little opportunity to catch your breath.

That’s not to say this isn’t a bad effort. It’s certainly enjoyed plenty of spins over the last month, but as far as a place in the premier league of melodic hardcore goes these guys still have a lot more training to do.

The Dirtbombs at Night and Day Cafe, Manchester, Wed 25 Aug