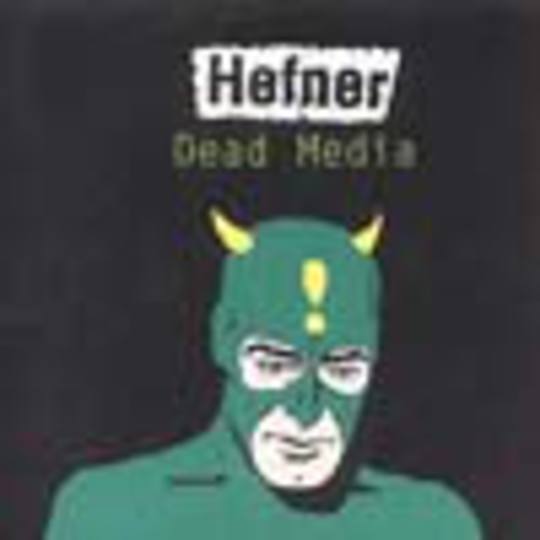 Hefner - a band renowned for their painfully geeky romanticism, utterly unconvincing tales of sexual exploits and embarassment that goes all the way up to 11. If you had the band marked down as little more than Belle and Sebastian with a hangover then your prejudices should prepare themselves for one almighty whack in the nuts.

Certainly Hefner still have the quandary dilemmas in abundance. They still might aswell be the musical equivalent of the Adrian Mole diaries but with each release it becomes increasingly clear that Darren Hayman is mocking you. He is derisive and devious. He is being ironic. He is, as it were, ripping the proverbial piss. Either that or he's lost his mind completely.

Certainly anyone who can write a song like 'Trouble Kid', with its stadium rock guitar riff and 80s Gary Numan-esque synths, is not on the same wavelength as the rest of us. But we should be on our knees and thankful as never before has one man's insanity, fabricated or otherwise, been so very, very entertaining.
The big shock about 'Dead Media' is this: HEFNER HAVE DONE A 'KID A'.

Too impossible to believe ? Listen to pulsating analogue synths of the title track. Try 'When the Angels Play Their Drum Machines' - the sound of Elliot Smith crying into the Aphex Twin's pint. We are not scaremongering, this is really happening.

Not that you need to be scared. Hefner may have thrown out most of their guitars, but they've kept the tunes. This is the Hefner of old embracing the future. The tunes still shamble and the lyrics still ramble. On 'Half a life' Hefner are just as sickly sweet as they always have been ("Thank you for my sweetheart, life without my sweetheart is half a life") but if there's one lesson they ought to learn it's to never ever let Jack Hayter near a microphone ever again.

If the primary benchmark of a great band is the ability to entertain then clearly Hefner have that ability by the bucketload.

When on 'Junk' Darren sings: "I'll be your milky bar kid" it's an offer that's simply too damn hilarious to refuse. Winning hearts, warming souls and giving Radiohead a much needed lesson in electronica, Hefner are back.