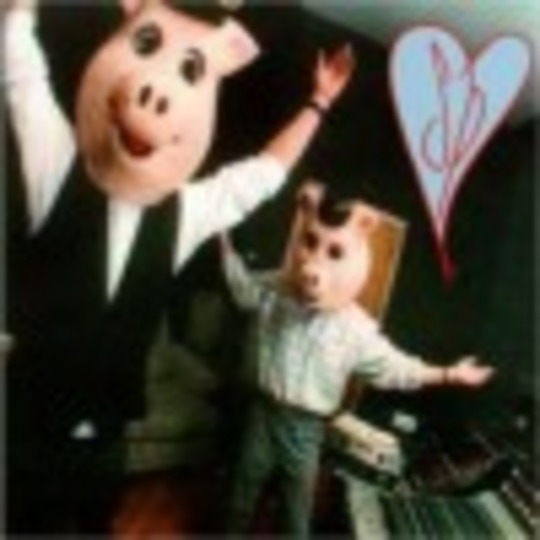 Nowhere did punk rock matter more than on television. And the staid British broadcasting institutions were unprepared. Top Of The Pops was suddenly volatile – with punk rock bands hitting the top 40, a threatening underculture was thrust into living rooms otherwise filled with a sedative diet of Magpie and Coronation Street.

Early nineties American rock pulled off the same trick. Think of Nirvana’s explosive, humour-laded, appearances on Top of the Pops and The Jonathan Ross Show, remember *L7* trouserless on The Word. Remember how bleeding exciting it all was.

And, in amongst it all, the Smashing Pumpkins were an intense televisual presence. Be it Billy Corgan berating his parents through MTV, be it their energetic, psychedelic videos. Whatever. Just remember that in 1994 this band were cool, the bombast and the self-indulgence came later. 'Earphoria' dates from that period. Originally issued as an ultra-rare promo to support the 'Vieuphoria' video of TV appearances and live performances, it’s now being released properly to accompany the arrival of 'Vieuphoria' on DVD (see our news article for more details). 'Earphoria' may largely comprise of the audio track from the DVD, but don’t be fooled, it’s more than worthwhile in it’s own right.

Most of the material on here is culled from performances of songs from the triumphal 'Siamese Dream'. Some of the renditions captured are less than taut, but that means bugger all. What do you want? Steve Fucking Vai? Rock ‘n’ roll ought to be messy. And preferably blood strewn, if possible. 'Today' is just as heart-pounding and dynamic whether or not the opening arpeggio is hit perfectly, 'Silverfuck' in its gloriously frantic, disorientating live form is absolutely fantastic. What we’ve got here is an honest document of the Pumpkins unpolished and they more than pass muster.

On top of that, the record is dotted with b-sides and unreleased songs that didn’t make it onto the Pisces Iscariot flipside collection. Generally, these songs are much looser and less intricate than those that have made it onto previous records. 'Bugg Superstar' and 'French Movie Theme' especially, are playful fuck-arounds. They’re fun, and in keeping with the rough-edged feel of the collection. Certainly, they’re not worth buying the record for by themselves – it’s very much the live stuff that matters – although it just might be enough to make the album a better option than the DVD. Stripped of the visuals there’s still a tremendous force to the live songs, the acoustic version of 'Mayonaise' really doesn’t need pictures to make it resonant.

A collection for established fans, sure, but not one that only completists will appreciate. Those that have lost faith in the Smashing Pumpkins over the years – be it because of the underwritten lamentations which clogged up a good portion of _'Mellon Collie and the Infinite Sadness' _or the tedious drivel of 'Machina: The Machines of God' – should recognize that this is the band before they started taking wrong turns. This record is confident, violent and adventurous. Which is how the Pumpkins are best remembered.