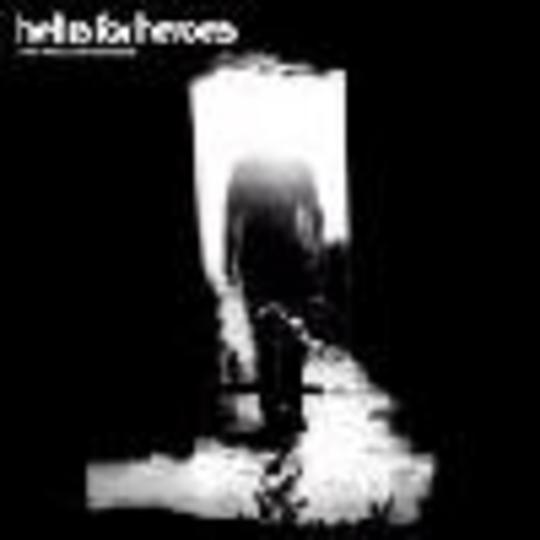 With their much-anticipated debut album, Hell is for Heroes' have successfully combined killer riffs, distinctive vocals and strong melodies. And thankfully there's not the slightest whiff of Symposium in the air.

In fact its Placebo influences that are rife from the outset, most noticeably in the guitar riffs of_ ‘Five Kids Go’_ and ‘Three of Clubs’, where mid-90s rock meets 21st Century ‘mojo’.

Of the crop, its ‘Out of Sight’ which is probably the most ‘nu-metal’ song on the album, although its strong drumming and killer bass line means that it is still a damn fine tune. Undeniably the best track though, is previous single_ ‘I Can Climb Mountains’_; an anthem in the making with the infectious refrain ‘I can build bridges from what you burn’. Naturally, the best way to listen to the song is loud and repeatedly. Pushing hard though, is the raw, dirty and frankly, sexy current single, _‘You Drove Me to It’_. Imagine the Foo Fighters and Placebo having grainy French film sex in a toilet whilst Christina Aguilera looks on, stroking a whip.

The only real problem with the album is that with repeated listens, singer Justin Schlosberg's vocals do become rather samey, most noticeably on ‘Night Vision’, Which is frankly, a crap song lacking structure and asks the question as to why it was chosen as a single, especially in light of the quality of the rest of the songs on 'The Neon Handshake'. Undeniably catchy, spirited and as more-ish as salt and vinegar Squares, it's a definite recipe to make you want to bounce round your bedroom in front of the mirror with no shame.

*HifH *prove they are one step ahead of their contemporaries, such as InMe and Hundred Reasons - in the fellowship of ‘Nu-Rock’, if you will - by providing instantly recognisable tracks that don’t so much demand your attention as stamp on your foot, pull your hair and spit in your eye to get it.

If you don’t already play guitar I can guarantee you will have an urge to start after listening to 'The Neon Handshake'. In fact, I can predict that teenagers bought this album for their birthday will be requesting a Gibson and Marshall stack for Christmas.