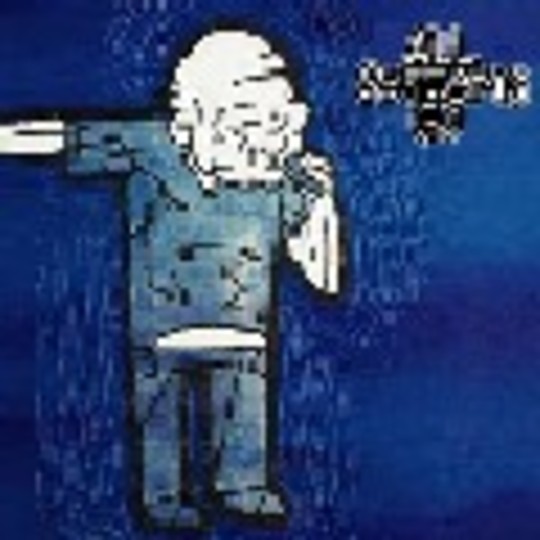 A quick glance at All Systems Go’s album cover, its scrawled illustration and pasted cartoon-style logo and chances are you’d probably dismiss them as a local unsigned act, scraping together enough money to print up a few copies of their demo. Give it a quick listen, however, and a much more accomplished band begins to take over.

From the explosive rock ‘n’ roll opening of ‘Taking Up Space’ _to the awesome ‘Running Blind’ All System’s Go are on full throttle delivering blistering rock anthems after another. But it’s their ability to avoid easy classification that impresses the most, slipping from the Backyard Babies **romp of the aforementioned first track into the more straight-forward **Wildhearts **territory of **‘All These Things’, before crossing in elements of Starsailer **(‘Record of Hate’) and on towards poppier ground mid-way through with **‘Motorbikes’ and hit single-in-waiting ‘Tell Vicki’_.

Their varying styles meld magnificently well, from the fervently attacked belligerence to the flagrantly heartfelt melodic. All Systems Go just do not fail. Album highlight and recent single _‘Fascination Unknown’ _falls into the latter category. Co-written with Greg Dulli from Afghan Whigs *with guest vocals from Pete Stahl of legendary DCHC act *Scream, it suggests a band at the height of their songwriting abilities and a band more than capable of reaching outside of the fun-punk community.

On the whole, despite hailing from the US, there is a kind of Scandinavian rock vibe running throughout, and although there isn’t really an identifiable sound to pin on them it really doesn't matter. ‘Mon Chi Chi’ is a valuable lesson in how to write good stimulating rock songs without the burden of a genre boundary.