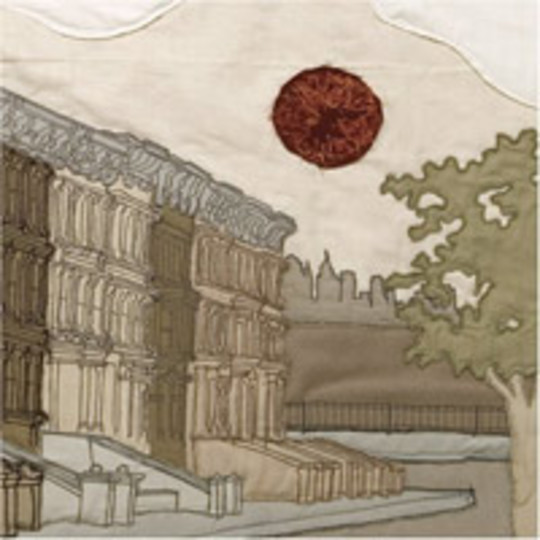 The poet has been drinking.

Well, odds-on slurping whiskey straight from the bottle, leaving his maple eyes spinning 'til the sun comes up. Then scribbling lyrics set to the morning news, his fair-trade coffee leaving rings upon love letters cluttering the floor. The hangover is yet to come.

Months of autonomously writing an era-defining album later and here we are. Set to the back-drop of Palestinian/African/Korean/American revenge=revenge=revenge bloody beliefs and the unsanity that is Bush; Conor could have followed up the gigantic widescreen folk'n'roll symphony of 'Lifted…' with an album of rambling cod-Dylan rants. He could have given in and just let himself sell out in the worst kind of Ryan Adams wanky meandering. Worse still he coulda vanished into a haze of lame Neil Young tributism. Or gone all out to make a shouty, dissenting, scuzzy yet clever, oblivion gazing punk racket. But thank fuck for his romanticism and restraint.

The, i-wanna-push-some-musical-boundaries, Christopher Columbus quest to ensure plaudits'n'cred, other album 'Digital Ash from a Digital Urn', with its brave IDM Boards of DTNEL vibe (reportedly co-written with The Faint), is on the whole a triumph. But Digital Ash doesn't whole-heartedly connect and it's not Conor doing what he does best. And almost nobody does classic blues-folk-Americana-indie better than Bright Eyes.

With 'I'm Wide Awake, It's Morning' he's top of his game and the result is near heart-stopping, allowing us to sit half in the ideal world of Conor and half inside a cauldron of 3am thoughts. Whilst musically, there's still a sense of evolution, with these two albums Conor Oberst/Bright Eyes shows so much will to push things forward whilst sharing anecdotes and gorgeous tricklings of imagery.

It's the closeness and the honesty which makes 'I'm Wide Awake, It's Morning' a thing of awe. The compulsive, calculated attention to detail is in the Braille textured production, but it's the lyrics where Conor shines through, with every sniff of journo-sensationalism shot down. There're nods to the beats in 'Travelling Song' and closing screams at the travesty of modern day war, with just about every 30seconds offering wide-eared wonderment, such as the sweetness of a gypsy placing a lucky flower in his hair and the dark everyday correlation of a child pointing a twig gun.

If you listen too closely you can already hear rows of inspired OC viewers marching away from a world that allows apes to reclaim the planet. Then again, there's a real sense of wanting to preach beyond the converted and it's that which is truly exciting. Subtle, news paper reading, coffee-shop punk is the future.

It feels, at the time of writing, like this is a classic album or at least an album thats importance can't be scotch-missed, because it's saturated with the detritus of the decade. Hyperbole? Maybe. Maybe not. But when you add it all up (plus the fact there's the amazing maple syrup vocals of Emmy-Lou Harris and Azure Ray), put it in a context and begin to believe what this could be a catalyst into building, then the prospect is more exciting than Conor accepting an Elvis style movie contract. Add melodies far beyond his 24years and this is truly special.

So buy this, hear the things you've been half-dreaming and if nothing else, help fill Conor's mouth with bourbon fuel for the next album which should drop in time to soundtrack some realistic political opposition. And anyway, you know you'll only end up buying this in 5/10/20/30 years time... if there is any world left to buy it in.