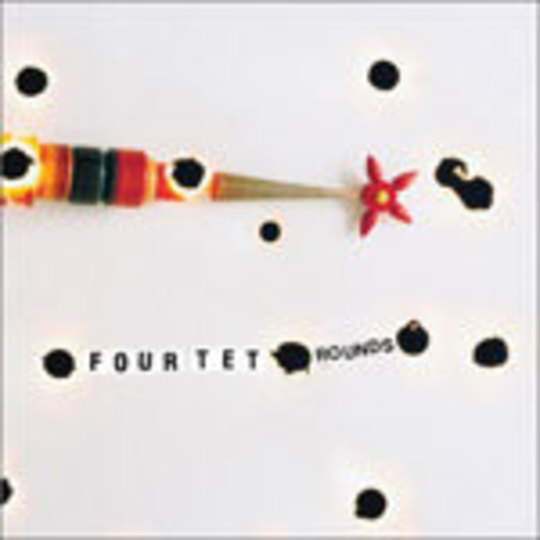 _‘As I walked up the house I could see it was slightly run down, yet quaint in the way it sloped slightly to one side. There was an almost Victorian edge to it and the door was open, blowing to and fro in the cool night air’s breeze. Brushing off the dust from the name tag I could see the words FOUR TET. From inside I could hear a haunting melody, and the sound of a heart beat. Frantic, slightly panicked, on edge. Pushing my way in I could hear the door close behind me. I felt strange, like I shouldn’t be doing this. Like it was wrong, even though it felt utterly and completely right. It was dark, the only light provided by smouldering torches. I lost my bearings for a split second, and then to my left, noticed a man, sitting slumped on the ground. He was wrapped in a blanket and was shivering, his breath like an icy knife cutting through the air. His face covered in a look of concentrated fear. He was pointing at something.’

‘As I turned I could see a jack in the box at the far end of a long corridor. A grin stretched across its face from ear to ear. It looked happy, innocent. Like a small child. For a second I felt reassured. Then the head spun round and all I could see was exactly the opposite. Pure evil. To its right was a television. It flickered on and off, the channels hopping between the 'Guns of Navarone', 'Blade Runner' and 'world affairs'. I could make out snippets of voices. Nothing made sense. Yet it did.’

‘Turning my head further I could see toys on the floor. All clock work. Rolling around in circles, all moving between each other as if it was some kind of pattern. As if each one knew what the other was thinking. They were enjoying it. I chuckled.’

'Next to them was a woman taking some baking from an oven. She turned to me, smiling and held them out. They were my favourite. It wasn’t coincidence. She knew. But before I could reach out she disappeared amongst a cloud of smoke, slowly disintegrating before my eyes. Was it real? My head was by this time nearly fully turned to what the man was looking at, but before I saw for myself I quickly spun back to him as if searching for some kind of reassurance. Instead he pointed more forcefully, urging, pleading with me to look. So I did…’

‘What I saw was so unbelievable my jaw literally fell to the floor. My heart sinking along with it. Thousands and thousands of doors and rooms stretching the full length of the corridor. And one of them was the way I came in…’

‘Rounds’ is not an album. Not by any manner of means is it simply a collection of music you can relate to this or that. It’s a work of art. A work of genius. To place it amongst anything less would simply be an insult. This is perhaps the most exhilarating piece of music I have ever heard. Like walking into the fun house at your local fair it’s zany, madcap and often tongue in cheek. Yet there’s also an eerie, haunting, sometimes chilling side to it.

You will lose yourself in the sheer vastness of this music. The diversity alone should be applauded. Mixing all manner of instruments ranging from harmonica, guitar, harp, synth, drum beats and piano to a squeezy toy. Mixing snippets of Tortoise at their most extreme. The Microphones at their most haunting and Low at their most beautiful.