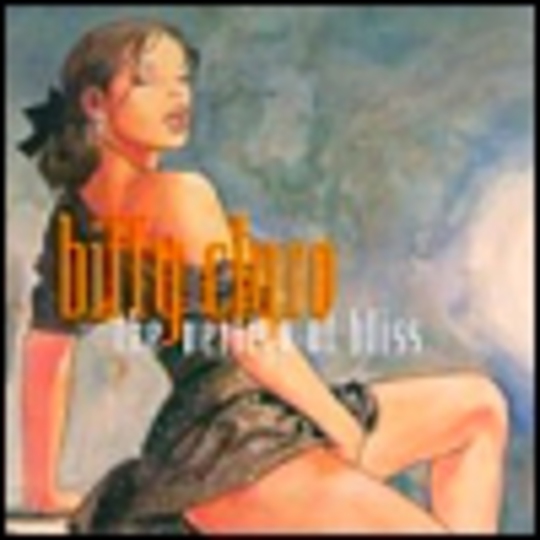 [the intro]** Whatever way you look at it, Biffy Clyro have made their mark. People have an opinion on them but until recently, when ‘Questions and Answers’ danced into the charts at 23, they didn't have the commercial evidence to back up their fire-juggling, coal-walking vitality. Sloshed with intelligent musicality, they've inspired many a band and made the rock underground more accessible. So, album number two, what've we got 'ere then?

[the overview] Their angular, lottery ball-bumbling popcore is special. So special that it seeps from the heart and strides from the speakers like a swimsuit model; glistening, all hair flicking and perfect smiles. Elements of this on their debut ‘Blackened Sky’ existed, but a lot of the magic was lost under Chris Sheldon’s hazy production. Once again though, Sheldon’s at the desk. Fear not..

[the propaganda] This is an adventure into tidying up chaos. A hurricane hoovering up the crazy senseless world devoid of reason or reality. A tornado in a land where serpents chase regret, and ghosts put the boot in; where we’re dressed by monsters, fed useless needs by fat cats, and demons rummage noisily at 3am. There’s no real refuge to disappear into. No nothing. Only commercials, brands and excuses.

And then there is Simon Neil, sitting in the corner next to your stereo, translating Generation X. Rhyming, sighing, and fronting a three-piece screaming barbershop triplet (completed by the Johnston brothers), who rocket so far outta their souls they can barely balance.

[the guts]** You’ll have been teased by the chugga-chugga dih-dih doo-doo-doo-ooh post-freestylejazzrock-pop of ’The Ideal Height’, and transfixed by the half-Foos, half-Kyuss-pop of ’Toys, Toys, Toys, Choke, Toys, Toys, Toys’. That’s without mentioning the rampaging chainsaw-in-a-library, Kevin Smith soundtrackish, crowd bobbing ‘Questions and Answers’ which will leave you eternally out of breath. But what of the ten other tracks not previously singles? Well, in typical Biffy style, it’s a strangled mess of confusing angular car crash melodies with bones poking seemingly randomly from the bassy hum and the skin of the drums. Soft bits give way to barbaric screaming. And then back to sweet and innocent again. Schizo-Emo? Here's some bits about the choice tracks...

‘Liberate The Illiterate / A Mong Among Mingers’_ is another killer single in waiting... it’s got that alarm clock battling, dream-breaking urgency of Foos’ ‘This is A Call’ and the anthemics to get sweatband-adorning bodies filling rock-clubs again.

’A Day Of...' is an all-screaming Haydes-laced explosion of hand grenades and choir boys. It’s got the ‘KA-POW KA-POW’s and the rising ‘aaaah-ahhh-aaaahs’. It pulls your bowels and licks your face. Please don’t waste your time considering if it makes sense.

’When the Factions Fractured’ is an apocalyptic heartbreaker full of disturbing Justin Timberlake-y “Oohs” and “Uh-Uhs” skewed with whirring symphonies a washing machine noize, with filthy guitars set to dry rinse.

‘Diary of Always’ is a monotone Blues Brothers ballad, doused in sleepy pianos and dripped electronica. Lush. A view to the future of the Clyro?

[the honest conclusion]** A full dissecting deconstruction is not called for. Like getting it on, tipping the velvet, falling in love; the chase, the discovery and the rolling around gleefully fondling (the artwork) is part all of the experience and it ain’t for me to take that away.

‘The Vertigo of Bliss’ is everything you want it to be and more. Promise. Spread the love, instil it into the hearts of all you know, give it time, and enjoy.

P.S. There’s something else going on here and I don’t quite know if everyone’s prepared for it.