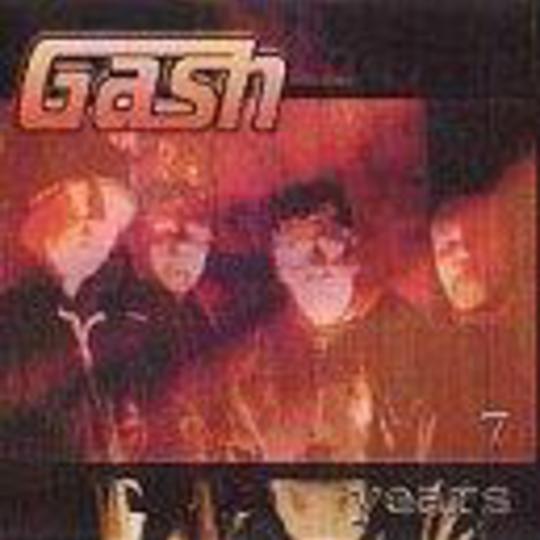 Gash are still trying to find their feet. And their own sound.

Although they've taken their NOFX tribute act and tidied it up into a more emotionally charged punk beast, there's not a single hint of personality on '7 Years'. No doubt their case isn't helped by the fact that three out of six tracks are covers (The Cure, New Model Army, and golly, how identikit-punk, the Ramones). Perhaps adding a personal touch to the tracks would help, but by the looks of things, Gash can't really be arsed.

They've come over all =eMo= thanks to Robert Smith, but they've turned the Cure's 'Lovesong' into a rather insipid pop-punk number, with crap-xylophonic synthesizers adding a Christmas feel to the once heart-melting chorus refrain of "I will always love you". Perhaps a career in comedy covers (á la **Me First And The Gimme Gimmes**) would better suit them?

And what of Gash's own material? Well, if you can imagine NOFX fighting Pulley you're halfway there. Unfortunately, that sound leads to a case of been-done-before-and-done-better; admittedly, Gash have a very professional, tight sound, but it's ultimately nothing new. No doubt skate-kids will find it enthralling for all of its 17 minutes, but expect to find it in the second-hand punk section of your local independent sometime soon.