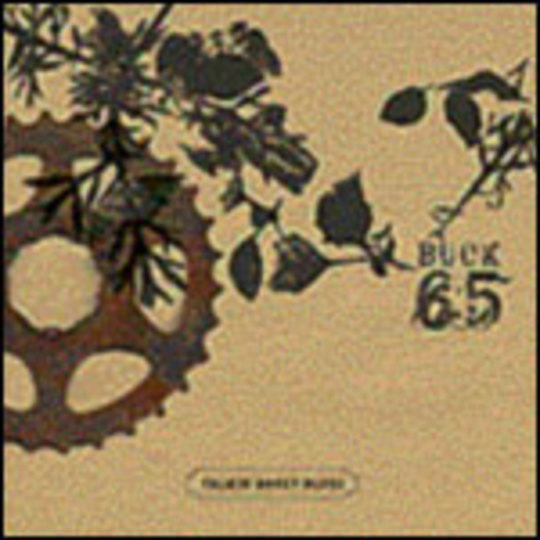 These are exciting times for hip-hop. Times are changing, things be mutating. And I know I shouldn’t rhyme ‘-ing’ with ‘-ing’, but it just doesn’t seem to matter quite so much anymore. The Anti-Pop Consortium bid their farewell with a jazz record. Buck 65 is stepping onto the global stage with a folk album. ‘Talkin’ Honky Blues’ represents a new direction for the grizzled overseer of Canadian hip-hop, despite its nettling flaws. With the broadened canvas of opportunity that major label funding can occasionally provide, Richard Terfry here eschews the production technique of his previous work, turning instead to a full band to create a paradox; an innovatively traditional and definably North-American musical backdrop to his moody lyrics.

Moving away from the traditional methods of hip-hop production is an interesting step. By choosing to sample the work of a dedicated band in favour of digging through his record collection, Buck is reducing his artistic palette and eliminating a degree of the nuance of his past albums. In return he gains a creative control that allows him to summon more effectively a smooth country vibe to compliment his newfound old-man persona. As a result, the music sometimes feels terse, lacking the crackling midnight groove of his early recordings or the creative dynamism of a group of musicians exerting their own creative vision, but on the occasions where everything falls into place, such as during the interplay of plucked guitars and toy keys on ‘The Riverbed Pt.3’ or the crashing minor chords of ’50 Gallon Drum’, the music perfectly compliments Terfry’s tales of continental drifters and the degradation of human relationships.

Lyrically, too though, the results are mixed. While much has been made of the influence that his temporary Paris residency had upon the album, and of Terfry’s ability to develop amusing, idiosyncratic character sketches, ‘Talkin’ Honky Blues’ too frequently relies on the same stereotypes of greying wanderers and stray mongrels of ‘Odelay’ period Beck, without the latter’s irreverence or melodic nous - though to draw a strong comparison between the two would be a mistake.

Take, for example, the chorus of lead single ‘Wicked and Weird’, where Buck raps, "wicked and weird, I’m a road hog with an old dog/singing slow songs, trying to hold on/wicked and weird, I’m a rat fish/trying to practise doing back flips on your mattress". The first two lines represent succinctly the song’s clumsy welding of Johnny Cash to ‘On the Road’. The remainder is ridiculous nonsense. Such over-precious, excessively earnest writing serves as a disappointing concealment of Terfry’s genuine skill in creating communities of absorbing individuals, later glimpsed in the aforementioned highlight ‘Riverbed Pt.3’.

‘Talkin’ Honky Blues’, then, is not Buck 65 drowning in his own vision of hip-hop’s advancement. It’s simply the same stepping stone that so many artists cross on the path to something new, and one that his audience should walk with him. Unfortunately, removed of context, it is an interesting, worthwhile but ultimately average record.