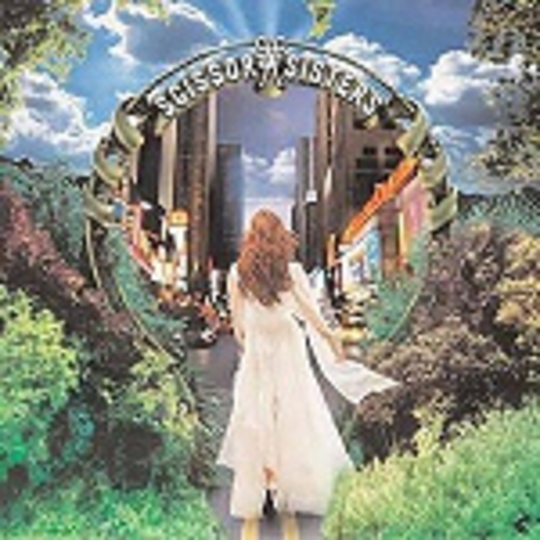 Scissor Sisters go to prove that the Americans generally continue to outshine British pop bands in terms of style, glamour, and inventiveness. Their debut album plants ‘70s cheese into the rock-loving ‘00s. It’s a mash-up of styles yet remains coherent. They don’t pretend to be anything they’re not, and you shouldn’t need to feel that liking them is a guilty secret.

If you’ve got it, flaunt it.

Since ‘Comfortably Numb’ appeared on the ‘Hotel Pelirocco’ soundtrack album last summer, Scissor Sisters have taken the song into the Top 10. As a consequence, they’ve already had people form very strong opinions on them.

‘Comfortably Numb’ divided the Pink Floyd fans into those who utterly despite its disco schizo Giorgio Moroder-mixing-Bee Gees cheese, its overt campness, and the blatant butchering of the Floyd classic; and those who find the reworking an act of genius, that these twisted New Yorkers could radically restructure and redefine what was already an overblown song, thus reselling it to a different market.

It will be interesting, then, if those intrigued by this will be bothered by the band’s own songs. Well, they should be.

There are a couple of horrendous moments to endure, so let’s get those out of the way. ‘Mary’ and ‘Music Is The Victim’ could’ve been fired from Elton John’s cannon. If that floats your boat (he is a living legend, of course) then never fear. But both hurt this listener’s ears.

Moving swiftly on - if it’s pop thrills a go-go you’re after, you’ve got it. Opener ‘Laura’ has it all; shuffling beat, instant hook, steady build, and sex. Oops, I mean ‘sax’. The chorus in particular will make Justin Timberlake extremely jealous (on a purely creative level, you understand), as it would’ve fit in nicely on his album instead of all the filler fluff there instead.

Even better still, the wonderfully titled, full-of-insults ‘Filthy/Gorgeous’ is another bona fide hit in waiting, and the sort of tune that shrieking Scots disco-loving punka trio Bis would be making if they were still together and didn’t give a toss what people thought of them. Then there is the ridiculous and equally wonderfully titled ‘Tits on the Radio’, with falsetto vocals and unbelievably catchy bassline. With ‘Return To Oz’, the album finishes on a downer, without resulting in an anti-climax – which is a clever trick if you can pull it off.

Just stick them on tour with Har Mar Superstar, watch the crowd go stupidly crazy, and there will be no fear of them becoming the next Fischerspooner.