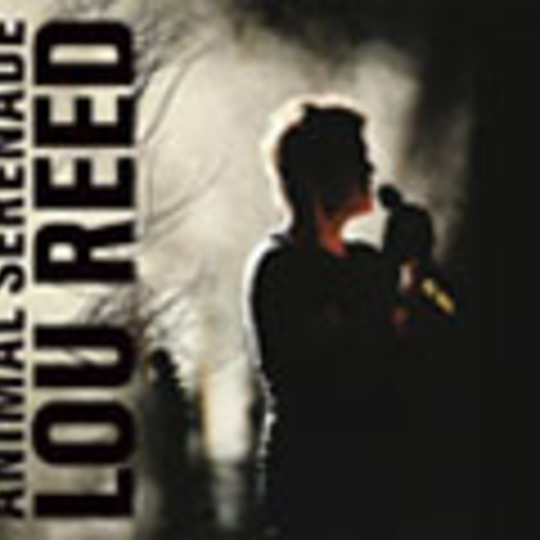 This is a Lou Reed record! So here’s the statement I feel obliged to make straight away: Lou Reed is a Legend. Lou Reed: Legend (and Quasi-Genius). He probably doesn’t have that written on his business cards, but it’s a title he deserves.

“Quasi-Genius”, you ask? Well he earned that epithet by spending three decades deftly playing the role of the character dilettante; you’ve seen them all: the poet Lou, the pop Lou, the glam Lou, the experimentalist Lou. The resulting records - various, eclectic (and undoubtedly compelling) – have been based around personalities he had regardless already reconciled with the Velvet Underground. Like almost all legendary rock musicians, latter day Reed will almost inevitably be judged within the context of his earlier material (and more specifically (as is so often the case), his first three albums).

The fact that the man has released at least five live records under his own name prior to ‘Animal Serenade’ suggests that he’s actively courting the comparisons. Moreover, with a half-dozen similar outing already in print, this double-LP sinks or swims on the quality of its performances, which are, frankly, mixed. While a rendition of Venus In Furs faithfully reproduces its source for five minutes before veering off into an extended cello solo that squeals and rages far more than any of the guitars on show – to a rapturous reception from the show’s audience (the performance was recorded at the The Wiltern Theatre in Los Angeles and no, I’ve never been there either), the title track of his last album, The Raven, has at its core an unconvincing keyboard drone that drags on for ten minutes while “The King of New York Cool” assumes from Willem Dafoe the voice of E.A Poe in a manner which is vaguely interesting once, and vaguely excruciating subsequently.

Worse is the monologue with which Reed opens the record, during which he proudly proclaims that everything you hear tonight, ladies and gentlemen, “is live… Just us”, as if this is some revolutionary proclamation in the field of live music. The concept of a live rock album that consists largely of the playing of pre-recorded chunks of the album from which its material is derived – an album that the live records’ buyers already own, is certainly a curious one. Maybe you could try that next time, Lou? While it might seem petty to pick up on what one might consider an insubstantial, crowd-pleasing aside, when that remark is being packaged and sold for posterity, it better be fucking interesting.

The record continues in this vein; for every stirring rendition of Heroin, or sweetly performed Ecstasy there’s a song (Revien Cherie) Lou’s touring bass player wrote, and for the most part, performs. That’s right: his session musician. The fact that the track isn’t entirely awful (it is, instead, as its title indicates – a fairly insubstantial glittery love song) fails to redeem Animal Serenade; an entirely superfluous documentation of a performance that never needed to be anything more than that which its nature dictates it would have - in the presence of better judgement - remained. The material ranges from the sublime to the good to the galling; the performances are stolid (bar the lurking presence of the aforementioned cello, and the ever more fascinating croak that is Reed’s voice); and even the over-dramatic hamming of what I can only imagine is an opera singer on Candy Says fails to dispel the sense that a legend is being needlessly repackaged to help sell what is currently a far less romantic reality. I really want to love Lou, but right now he’s just not letting me.