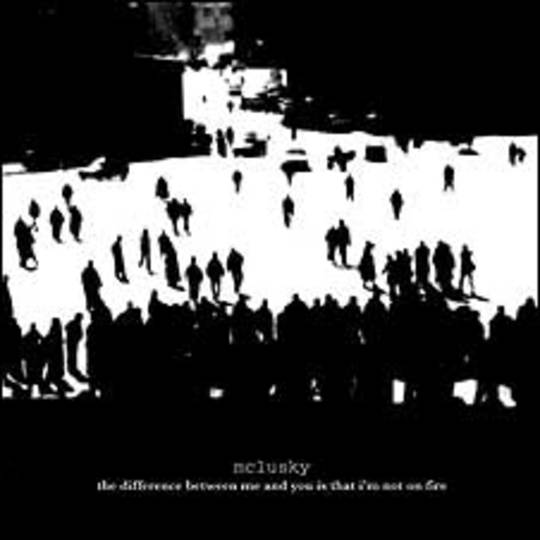 The knives are out for Mclusky, and they only have themselves to blame for it.

A year and a half ago the Cardiff-based trio banged out a certifiable indie classic in the form of Mclusky Do Dallas. It won them masses of acclaim from music hacks, made tons of best-of-the-year lists, and although it didn’t catapult them to mainstream stardom, it did increase their already rabidly loyal following in terms of both size and…er, well…rabidity.

On the other hand it presented them with the unenviable task of following said album. And then the news emerged that the band had sacked its drummer and founding member, Matt Harding. After the initial fears of a split were allayed, the overriding concern became– and still is – that …Do Dallas had set the bar so unbelievably high that Andy Falkous (guitar), Jon Chapple** (bass) and Jack Egglestone (who replaced Harding on drums) couldn’t help but fall short on their next release.

This is what happens when you make genius look easy. The expectations heaped on The Difference Between You And Me Is That I’m Not On Fire are ludicrous, and yet somehow Mclusky manages the trick of not living up to them by doing just that. Confused? You have no idea…

First off, anyone expecting a …Do Dallas Mk 2 should forget it. Yes, Mclusky is still a viciously tight band, and yes, they still have a penchant for song titles and lyrics that prompt a wry smile. But ‘Fire’ is almost a completely different beast altogether. It’s darker in tone than its predecessor and it sounds meaner and more sarcastic in spirit. And while Steve Albini is back at the dials on production, ...Fire sounds so raw it leaves you with the impression that he tackled every track individually with a power-sander.

The album’s manifesto is laid down in the opener, ‘Without MSG, I Am Nothing’. The stumbling drumbeat and spiky guitar-line are innocuous enough to begin with. Then Chapple’s bass shoulders its way into the mix sounding like the approach of a B52 bomber and all of a sudden the song takes on a far nastier, paranoid inducing tone – the cockcrows don’t lighten the mood, and neither do the near static guitar solos.

...Fire is also more varied and extreme than ‘…Do Dallas’, in both sound and scope. It’s as if Falkous, Chappel and Egglestone eschewed self-editing altogether, and instead followed every idea to its logical, and sometimes illogical end.

This is how you end up with an album that can go from a jumpy buzzing sing-a-long which is kind of fun (‘Icarus Smicarus’), to a meandering noodle that disappears off completely only to return at ridiculously not-so-fun harsh levels (‘Slay!’) to a sinister guitar-line that builds into full-blown brilliant menace, and then attacks en masse like a rabid pack of hyenas (‘You Should Be Ashamed, Seamus’) in just three tracks.

There’s respite to be had, albeit brief, in a couple of tracks. Top among these is ‘She Will Only Bring You Happiness’, in which Falkous reels off post-it style lyrics over a gentle strum that wafts along atop a supple bassline and caressing drums. It’s pretty much the closest Mclusky have come to writing a chartable pop song since ‘Flysmoke’ and really, the only thing that could possibly keep this gem off mainstream radar is its closing refrain, which recalls Gary Glitter – “our old singer is/a sex criminal”.

There are some uninspiring lows on …Fire. ‘Your Children Are Waiting For You To Die’ starts promisingly and then drones at a steady plod while Falkous mumbles in the background and neither the riff or lyrics in ‘Support Systems’ are interesting enough to justify its near eight-minute length.

The expectations on this album were heavy. But as it turns out, not as heavy as the album’s expectations on the listener – it demands that you take it on its own terms, which are as extreme as the band that made it. Mclusky aren’t going to blink first, and ...Fire gives the impression that if you don’t like it, they don’t much care. This time out, they aren’t always consistent, but they are consistently moving in giant strides. The sound of their new album isn’t reinvention, it’s evolution, and it makes no apologies.