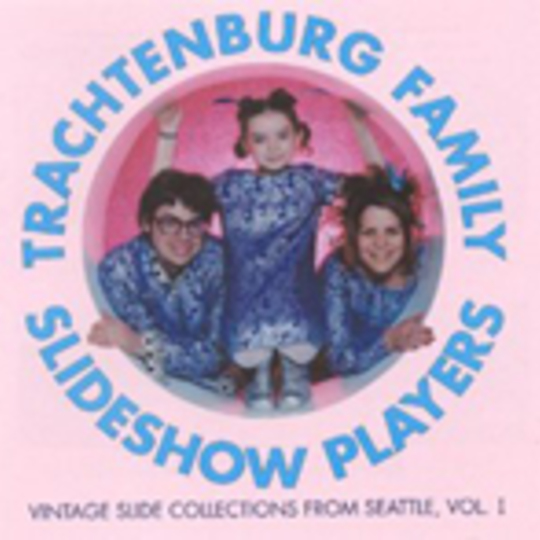 A band for those of us who didn’t find The Polyphonic Spree quirky enough, Trachtenburg Family Slideshow Players** give scarily, but shockingly brilliant pop thrills. A three-piece family band, the Trachtenburgs write self-described "indie-vaudeville conceptual art-rock pop". The father sings and plyas the music, the ten year old daughter drums and the mother makes clothes and handles the slideshows. She probably made cookies during the recording sessions too.

This 11-track album is a worryingly good blend of simple melodies and childlike lyrics based on slides from old car boot sales. Its jaunty opener 'Mountain Trip To Japan, 1959' takes in public executions and interesting observation about raising cocker spaniels whilst sounding like Sgt Pepper's-era The Beatles on valium, with lyrics that are more memorable than most contemporary poetry.

However, there are slightly sinister motives afoot. For example, in the accordion-led Alpine waltz of 'European Boys', after being told that 'Frank Sinatra is Amish', we move on to talk of war and how "American boys learn how to kill". This theme continues on through the rock n' rolling 'Eggs'. “Vietnam and Watergate”, sings Jason, “and eggs”. It's totally laughable but if you give it a chance, it becomes totally compelling cutesy-pie pop music.

By the middle section, the slightly more art-rock elements of the band come through. _'OPNAD Contribution Study Committee Report, June 1977'_ consists of little more than drumrolls and looped vocals singing the title over and over again. Draped over some wibbly synths and pounding piano chords, we're somewhat thankful it doesn't last more than ninety seconds.

The final track, and the only song that isn’t based on slides or magazine cuttings, is possibly their best. _'Believing In You'_ stops to thank everyone whose helped out the band, even the press - _"You’ve been so kind to us – you like to write about us in your magazines"_, they sing, over a worryingly happy backing, which could have been taken from the finale of any prosaic musical.

So that's the **Trachtenburg Family Slideshow Players** for ya. Instantly hummable, uber-catchy Stateside pop soon to be invading our shores. _**'Vintage Slide Collections From Seattle, Vol. I'**_ is possibly the best indie-vaudeville conceptual art-rock pop album you'll hear this year and it’s only a matter of time before you’ll want to join the family too.