A Grand Don't Come For Free 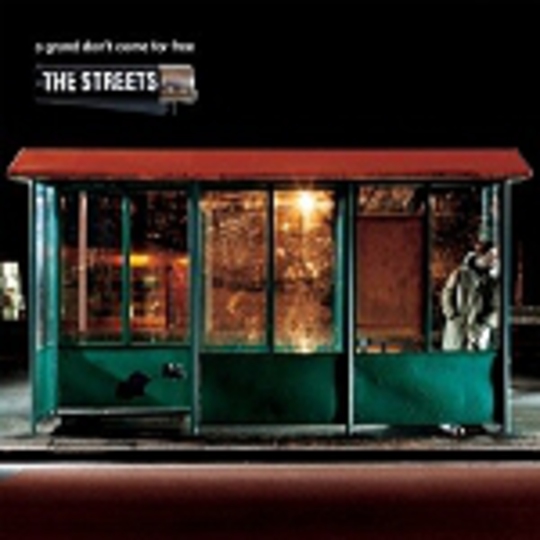 The idea of a concept album normally conjures up images of Roger Dean artwork, keyboard solos, and beards. Such is the tainted nature of The Concept, it’s quite rightfully been shied away from by contemporary artists, confined to inbetween-track ‘skits’ favoured by the likes of Eminem and Insane Clown Posse.

Equally as groundbreaking as his debut, ‘Original Pirate Material’, Mike Skinner’s second effort here has taken on a natural musical life of its own, and its rustic cinematic nature is comparable to any number of Alan Parker films. Should it come down to it though, ‘A Grand Don’t Come For Free’ is the crossover between ‘Quadrophenia’ and a slightly less-grim ‘Trainspotting’ – throw in a bit of holiday hedonism lad culture, set it in south London and BANG… this is the end product; one of the most important British albums of the ‘noughties’.

Skinner flirts, boozes, smokes, weeps and swears his way through 11 tracks. Many of us have been in the situations he speaks of - the beginning and end of relationships, gambling and drug addictions (and being in denial of both), booze, bad clubs, more booze - this is, after all, real life made by real people. And my gosh, it’s a very dark period in someone’s life. Herein lies the difference between ‘A Grand…’ and ‘Original Pirate Material’. Where the latter provided meaty beats and obvious lively singles like ‘Don’t Mug Yourself’, ‘A Grand…’ strips everything back-to-basics, evident in the simplicity of ‘Could Well Be In’ and ‘Wouldn’t Have It Any Other Way’, which leave room for the lyrics to breath. The only slight nagging problem with this is that without the constraint of An Obvious Chorus, some of the rapping is sloppy and over-wordy, and the temptation is often there to switch straight to ‘Fit But You Know It’.

‘Fit’ isn’t the only standout here though. Weepy ballad ‘Dry Your Eyes’ is his most universal song thus far, full of emotional imagery, strings and – yes! – ACOUSTIC guitars. It’s the break-up of the relationship in this song which brings us onto closer ‘Empty Cans’, which is the only song on the album that can’t stand on its own without the rest of the story. It ties up everything - with a twist. There’s only so much you can say about a broken telly but somehow Skinner pulls it off, enough to make me shriek with laughter.

If this isn’t seen as a classic of genius proportions in 20 years time then I will gladly pay you a visit and eat your goldfish.

Hope of the States

The Red The White The Black The Blue