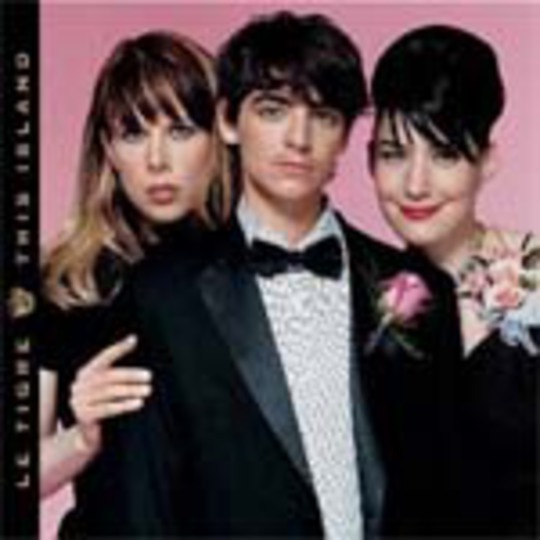 There’s a pretty big leap between the strong woman and the woman brave enough to throw around the F word. Yes that’s right, whisper it, we’re talking about…_ feminism. Bringing up the secret – but very real – war on women’s rights is tantamount to telling your friends to go buy bottled water and gaffer tape in preparation for a terrorist attack in Alabama… _oh wait!

OK, so Fred Durst And The Misogynist Boy Brigade have been temporarily thwarted. That’s all well and good, but there’s still the pressing threat of messer Bush removing that rather controversial of rights, abortion, along with a whole list of legislature to keep women’s pay low and those pesky ‘liberals’ at bay.

Kathleen Hanna is a woman who has never been afraid to stand up for what she believes in and shout it from the rooftops. Whether thrashing out punk anthems Bikini Kill or turning out dancefloor-ready disco pop as on ‘This Island’, Hanna has always had something to say, and never has her message sounded so clear.

When Kurt Cobain noted that “even liberals don’t like smart women,” he wasn’t lying. Those people who tut about the war from their armchairs would cringe at much of this album, particularly ‘Viz’ – a butch lesbian anthem written from the firsthand experience of Le Tigre’s JD Samson. Nor would they likely appreciate the rather blunt protest song ‘New Kicks’. But if we can’t rely on these gals to tell it like it is, who exactly can we?

All of which is rather a shame, considering that those same people will be missing out on the rather brilliant ‘TKO’, the after hours charm of ‘Tell You Now’ and their rather smashing cover of The Pointer Sisters’ ‘I’m So Excited’. Still, striking the balance between preaching to the converted and selling a million albums has never really been top of Hanna’s agenda.

A Welcome Alternative to Filth and Violence