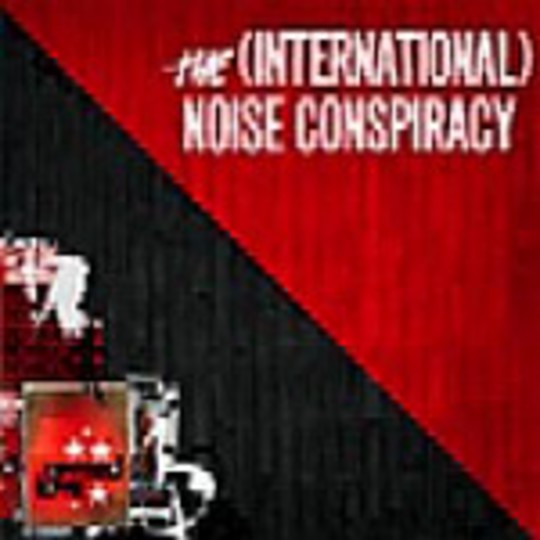 For the uninitiated, Sweden’s The (International) Noise Conspiracy formed in 1998 from the ashes of Refused, once the leading exponents of the Swedish hardcore scene. They were inspired by a quote by 60s singer/songwriter Phil Och which stated, “The perfect rock outfit would be a combination of Elvis and Che Guevara”. The (I)NC took this sentiment to heart, writing a string of politically charged songs (perhaps best demonstrated by 2001’s critically acclaimed album ‘New Weather, Changing Morning’) backed up by shows with the likes of At The Drive In, and fellow Swede’s The Hives among many others.

Their Rick Rubin produced third album proper ‘Armed Love’ is unlikely to bring down neither governments nor slow seemingly rampant globalisation. At best, the album’s positive tone might inspire a change in attitude and at the very least it does make the world seem a better place. That it also touches on communism, love & romance, and if the lyrics of ‘Black Mask’ are to be believed, S&M (although it’s probably about the Baader Meinhof terrorist movement or something) is a bonus.

Musically, ‘Armed Love’ isn’t revolutionary but it rocks - and then some. ‘The Way I Feel About You’ is a turbo charged cousin of Primal Scream’s ‘Rocks’, while the closing trio of ‘This Side Of Heaven’, ‘Like A Landslide’, and the title track throw together, variously, Hammond organ, harmonica, and saxophone with bombastic bass, pounding drums, and driving guitar into a brilliantly chest beating, headbanging finale.

‘Armed Love’ then is The (I)NC’s straight ahead rock record but a superior one at that, one with a great deal of heart and soul, and one that should propel them onto the global stage. Let’s face it, if it’s good enough for Rick Rubin (Def Jam, Nine Inch Nails, Johnny Cash – need we say more?), then it ought to be good enough for you.