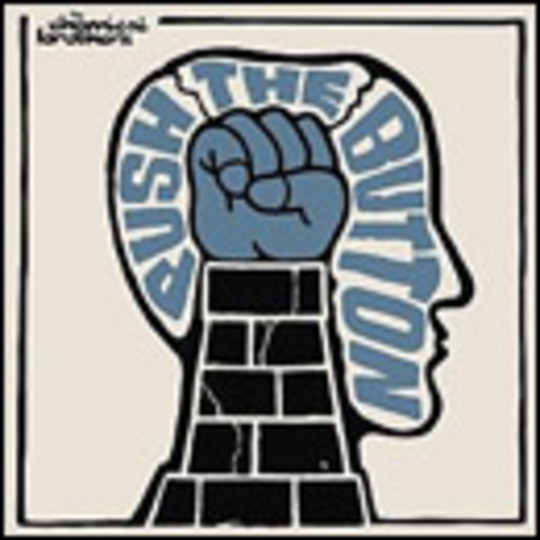 Rumours of dance music’s death have been greatly exaggerated. Despite what you might read in some sections of the press, the dance scene is going through something of a musical renaissance, even if its commercial peak is indeed behind us. Alter Ego’s ‘Rocker’ and Mylo’s ‘Drop The Pressure’ are constants on some of the indiest of dancefloors. The new Daft Punk album is one of the most eagerly anticipated releases of the year. And the likes of Vitalic, Black Strobe and Rex The Dog are putting out records up there with anything from dance music’s 90s golden age.

On the other hand, the biggest acts from that golden age have not fared well. Recent albums from Underworld, The Prodigy and Fatboy Slim have ranged from underwhelming to downright awful. While no one would dream of judging the health of rock on the basis of the last Oasis and Blur albums, the diminishing returns of dance’s household names are held up as evidence of the decline of the entire genre.

Where then, does this leave The Chemical Brothers? Sadly, while Tom Rowlands and Ed Simons have aged rather more gracefully than some of their contemporaries, ‘Push The Button’ is yet another disappointing release to add to the pile. The main problem is that at some point during their career, the Chems have picked up some damaging ideas about what constitutes a good dance album. Album dance has always been a bit of a contradiction in terms. Dance music is meant to be fluid, the records are designed to be played in the context of one another, so its no surprise that some of the best dance albums, such as Orbital’s ‘Brown Album’ and The Chemical Brothers’ own ‘Exit Planet Dust’ and ‘Dig Your Own Hole’ work like fully-realised DJ sets rather than sets of individual tracks.

However, from 1999’s ‘Surrender’ onwards, the Chems’ full-on sonic assault has become increasingly diluted with lame stabs at ‘proper songwriting’, hence dreadful collaborations with the likes of Richard Ashcroft and Wayne Coyne and ill-fitting downtempo moments. While there are exceptions, most recently Basement Jaxx’s ‘Kish Kash’, more often than not a stellar collection of guest vocalists ensures a listening experience that is considerably less than the sum of its parts.

Tom and Ed’s choice of collaborators is typically hit and miss on ‘Push The Button’. The first single ‘Galvanise’ is a bland affair that, despite Q-Tip’s presence, fails to get out of third gear. ‘The Boxer’, meanwhile, is a mess, with Tim Burgess’s strained vocals proving a poor fit for the Chems’ stuttering rave pianos and ponderous beats. And Kele from Bloc Party is frankly surplus to requirements on the otherwise storming dancefloor beast ‘Believe’.

Occasionally, however, they get it right. Anwar Superstar, left-wing Muslim rapper and brother of Mos Def, puts in a great turn on ‘Left Right’. The hotly tipped Magic Numbers prove themselves worthy of the hype on the gorgeous, chiming ‘Close Your Eyes’. And Anna Lynne from Trespassers Williams warbles ethereally in classic Orbitalesque fashion over ‘Hold Tight London’, a gently simmering house tune that occasionally blossoms into layers of backwards guitar before contracting once again.

Other highlights include ‘The Big Jump’, where the classic Chemical Brothers formula is enlivened by some spiky post-punk guitar, and the Kraftwerk meets New Order chug of ‘Surface To Air’ is their best album closer since ‘The Private Psychedelic Reel’. But everything else feels half-finished. Ironically ‘Shake Break Bounce’, all Spanish guitar strumming and faux-dancehall beats, is crying out for a vocalist in the vein of M.I.A or Lady Sovereign, while ‘Come Inside’ is Chems-by-numbers - ‘Block Rocking Beats’ divested of all the compelling bits.

The problem with ‘Push The Button’ is that it’s all so predictable. Prominent rock vocalist - check. Dreamy folk collaboration – check. Psychedelic stylings – check. Old-skool hip-hop vocals – check. Despite some undeniably enjoyable moments, everything here feels like The Chemical Brothers going through the motions. There will be many better dance records released in 2005, but very few will get a fraction of the exposure of ‘Push The Button’. Yet this is the record that will be hailed as another nail in dance music’s coffin. How very sad.