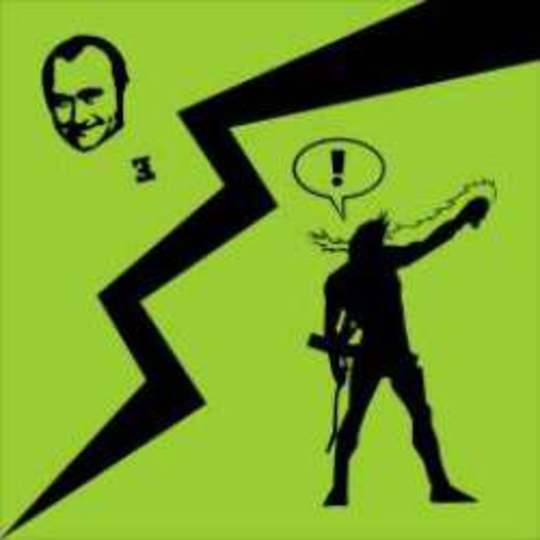 Noise annoys, y’know – just ask my recently acquired upstairs neighbours. Any time my lounge stereo breaches the ‘wasp fart’ barrier – better known to you and I as a pitiful level of noise used only by frail grannies when The Archers is on – the stamping begins. Clump clump clump. To add insult to injury, I can then detect some horrible AOR toss seeping through the floorboards; I’m sure it was the Godforsaken Thrills a while back. It drives me crazy. It’s time for action. It’s time for some really horrible noise.

Since I don’t have the BBC Sound Department’s Roadworks and Other Street-Level Noises compilation, this’ll have to do. Hey Colossus may have a vaguely tongue-in-cheek name (indeed, consult their members over its origins and a different answer will come from each), but it fits: this is colossal stuff. ‘Ghost Ship’ fills their side of this split, a solitary six-minute (near enough) blast of bowel-crushing, doom-laden metal. It should get them upstairs stamping all right.

The Phil Collins 3 are about as bonkers as their name implies; thus, it suits just as well. ‘Fartbeat’ is a brief dalliance with Mr Bungle-like nonsense, while the following ‘Greenfly Ate My Dog’ yammers and spits like the mentalist from the Police Academy series (forever remembered by this writer as the unfortunate guy fired by Bill Murray in Scrooged, only to re-emerge later in the film with a shotgun - "Hello Wabbit!"), with a musical accompaniment straight out of Mike Patton’s cheesy dreams. A third song, ‘Jeff’s Grapes’, finishes their side off nicely.

Did I say ‘nicely’? I meant horribly. It’s all ergh and RAAAAR and grrrummmppph and AAAAIIIIIIIIIIIEEEEEEEEE and anything else that’ll rattle their socks.

Come into my house and make like you own the place? Go move to Bournemouth to die with the other golden oldies.