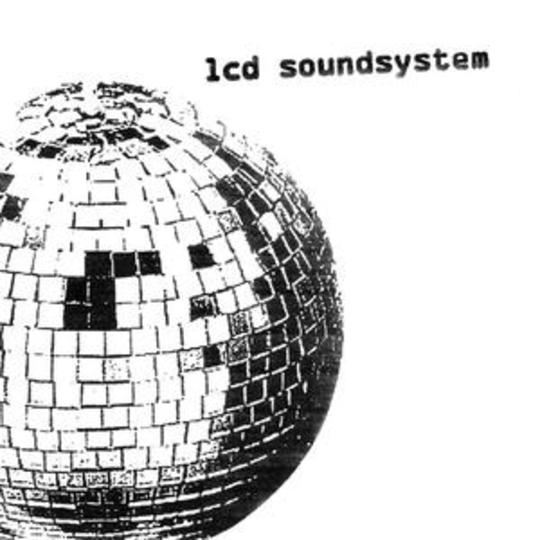 Oh LCD Soundsystem, oh so cool, oh so NYC, oh so 2003... For 18 months ago, everything that was the mutt's nuts was originating from the cultural capital of the United States, and a fair portion of it had a little bit of DFA smeared across it (DFA obviously being a super hip production duo, of whom James Murphy alongside Brit Tim Goldsworthy is ostensibly LCD Soundsystem). Radio 4, The Rapture, Le Tigre, Fisherspooner, Black Dice and Juan Mclean all went through the fizzy electronic mill to various degrees, and the results were almost universally excellent. But that was then, and this is now; what's to say that, with the geographical musical hotspots relocating to Europe for the time being, that the magic is just as relevant, interesting and cutting edge today?

Quality, as they say, Brian; it's all about quality. LCD Soundsystem may have come around a little later than the electrotrash zeitgeist, but it's given itself a better chance and two sturdy legs upon which to stand and be judged by history. Unlike say, man of the moment Richard X rushing out a record as soon as it was possible (remember him?), Murphy has spent a very nice amount of time brewing a refreshing cup of sonic char. Most pleasingly of all, it's a disparate yet cohesive collection of songs with nary a 2nd rate ‘House Of Jealous Lovers' in sight.

Opener 'Daft Punk Is Playing At My House', with its self-explanatory fantasy lyrics is essentially a bedevilling pop song, merely with up to date enticing sounds and the all-familiar raw bass behind it. Murphy's vocals combine their now-familiar sneer alongside a previously unheard falsetto, also repeated in the aptly titled 'Disco Infiltrator' where, above a 2010 club backing beat, the man does a very passable Prince impression. More dancefloor worthy though, are the undulating waves of ‘Tribulations', which sounds like a Bronx update of eighties staple 'Sweet Dreams'. Throughout the record though, guitars play an almost as important part to affairs as electronics, such as on the White Album six string squeals of the Floyd-esque 'Never As Tired As When I'm Waking Up'. Indeed, the classy guitar and seismic guitar thrash of previous single 'Movement' is as good as most of those crappy garage bands that you thought you used to like.

It's not all 100% focused joys however; the record does sound a little uneven due to the anything but exciting 'Thrills', and the 'Mutations'-era Beck-isms of 'Too Much Love' fail to ignite. But that's small complaint, as the majority of LCD Soundsystem is an excellent thump into 2005. Even more rewarding however, is that a second CD comes complete with a complete selection of the team's previous vinyl-only singles, such as the genre defying, cool-cracking joy of 'Losing My Edge', which has amongst the best lyrics put to a song ever. Really.

The irony of LCD System offering their first full fruits outside of their hipster timezone is that, with all these edgy guitar bands who embrace electronics at the moment, it all sounds so en vogue...

LCD Soundsystem: Beyond trends, but impressively always right on top.

What A Lovely Dance