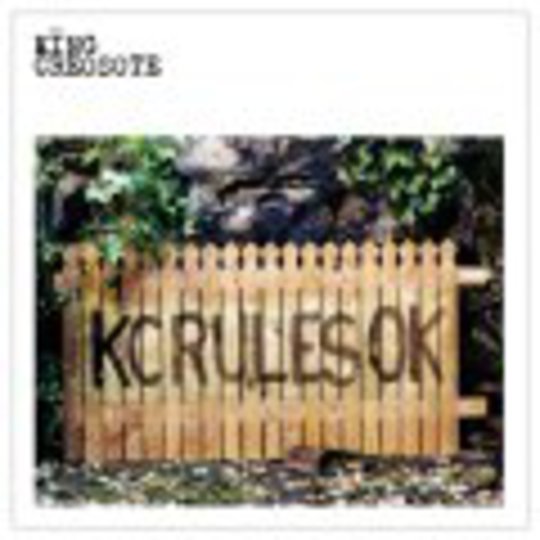 King Creosote (or Kenny Anderson to his friends) is pretty much the living embodiment of the old-school indie ideal, before all it took to earn the name was a floppy fringe and a pair of converse. Based in the kingdom of Fife, for about ten years he's been recording and releasing literally gazillions of albums on his own Fence record label, mostly released as CD-Rs to local record shops. You don't need Henry Rollins to tell you that KC's unfashionably timeless school of acoustic-DIY songwriting doesn't rock, but even the thicknecked former Black Flagger would have to admit that that's pretty punk. But things have moved on since then and now with trendy 679 Recordings perhaps he hopes to sell his records to people who don't just live within walking distance of his house.

Laid back and wry, a record as scaled back as this needs a pretty strong voice to carry it along and KC's is blessed with just enough McCartney-esque syrup to do the job; when on opener 'Not One Bit Ashamed' he croons 'I gave you half my heart, you gave a half-hearted shrug', even cynical observers may find it brings about enough lump-in-throatage to leave them feeling like a wuss. If there is a theme to this album it's dissatisfaction and he vocalises it more lucidly than most. As you would expect from a musician so studiously devoid of pretension there is a healthy dose of realism too; 'Boot Prints' is a witty delve beneath the romance of seduction with its tales of bathroom flossing, and benefits from being the jauntiest thing here.

Despite this, the slow pace of the album may be too much for some; 'I'll Fly by the Seat of my Pants', perhaps knowingly, does anything but and there is a definite lull in momentum towards the middle. Still, while young types may initially disdain some of these songs as the stuff of Mojo coverdiscs, the velvety melodies may still have them reaching for it during their 2am comedowns. It's not a record that will change your life but in the more reflective moments of closers '678' and 'Marguerita Red' you may find that, at times, it complements it perfectly.

Holding On For Brighter Days